I love moments like this that make you think iconic thoughts. Several crossed my mind – but maybe because of where I am in my own journey, I settled upon “Courage”. 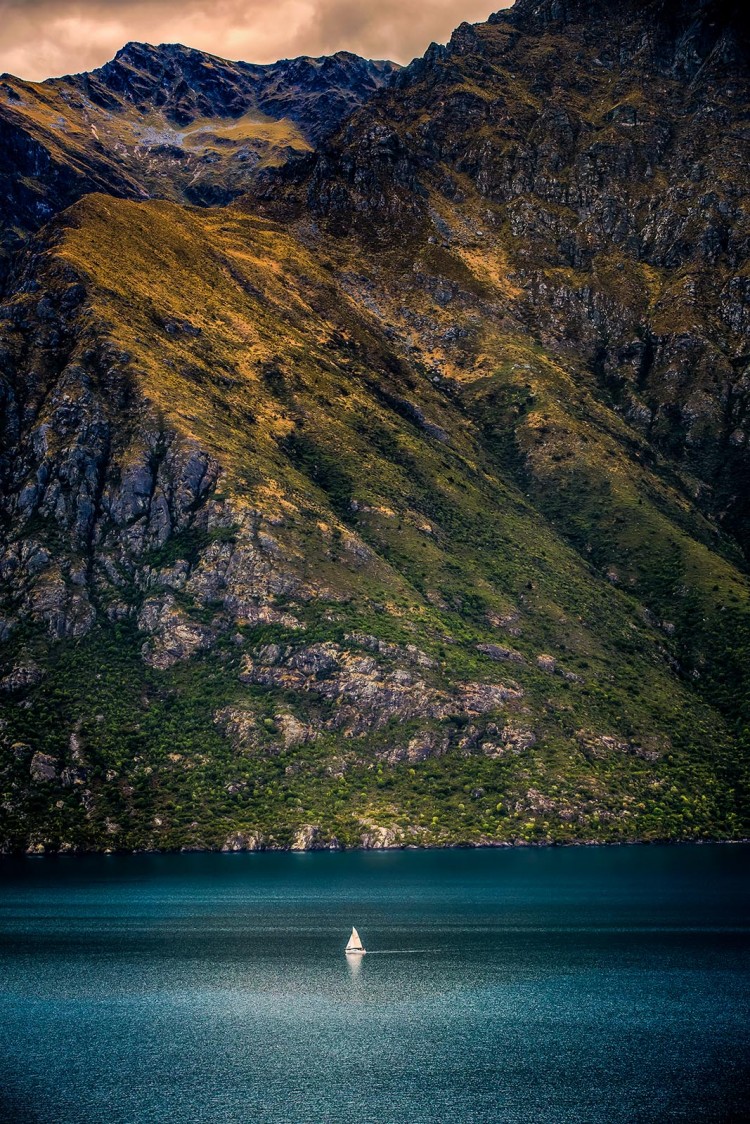 I think one of the marks of courage is knowing the odds… but sailing on (to use the immediate metaphor) anyway. Radiantly. With panache. That “panache” bit is key. Hehhe. At various points in my life, people have commented  that I was courageous. I used to think I wasn’t  – because I was mostly so scared at the time, but I did persevere and always won whatever I was after in the end, even if I grunted along the way.

Over time, I’ve come to think about courage – and what it means to step out and up – a little differently. I love visuals, so let me use this sailboat for a hot second. It’s small… surrounding by BIG mountains, that make it seem even smaller. The lake: also big. Sailboat: did I mention it was small? But guess who harnesses the wind and understands its power to move itself where it wants to go? Who’s the brightest spot in this picture… where does your eye go? Mine always goes to the one who smiles (maybe even laughs) in the glory of the journey, understands – and channels – one of the fiercest forces in nature, has a grand adventure and arrives safely at its destination, all the better for the experience. Fear does not dominate this moment… an expanded vision does. Mountains? What mountains? Pshaw. We’ve got places to go, visions to fulfull! The sails, so full of a power that literally moves it from one place to another, depending on how they’re arranged… and they don’t struggle; they do what they were designed to do. Direct the wind. With panache. mmmHmmm.