This photo was the parting shot of a story that NBC did on Virtual Photo Walks (VPW) that I shared about here: Ann Curry’s story about VPW on NBC Nightly News.

I’ve been asked how this all came about.
First, I love doing Virtual Photo Walks and had already done a few by the time my husband and I visited southern Utah in June 2012. We had a mere week to cover alot of territory, but crammed ALOT into a short amount of time. It was awesome! Joe hadn’t ever seen Hovenweep National Monument, despite numerous trips to the southwest earlier in his life … and it was all new to me, having never been before… so off we went.

Through the whole trip, I’d been wanting to find a good spot for a VPW, but we couldn’t find a good cell signal anywhere we went! You need at least 3 bars of 3G to pull it off. I began to despair. Especially as we headed out to what felt like the middle of absolutely nowhere. So imagine my shock to discover 5 bars of cell signal at Hovenweep! Seriously? There’s no one for miles and miles… but cell signal kicks ass. Go figure. I wasted no time and contacted John Butterill. He had a hangout going in what seemed like seconds… with a wonderful group that included M. Monica Malone, featured in NBC’s story. Monica’s awesome – and knew the history of the place like nobody’s business! Good thing too, since the ranger station closed as we got there and they’d run out of info brochures. Hovenweep  had long been on Monica’s bucket list of places to go (unfortunately, wheelchair access is next to nil), so I basically carried my camera/cell phone setup that we use for VPW and set up for various shots throughout the ruins, while she gave us some history about the Ancient Puebloans. It was so amazing and fun! Eventually my phone battery died, which ended our hangout… but Joe and I stayed on till after sundown.

As I set up for this photograph, I was thinking about the Ancients and how this whole place still feels embued with magic. Then I thought about the day’s modern magic that let us do a Virtual Photo Walk from this incredible place out in the middle of nowhere. A sunburst seemed oh-so-fitting!

When Ann Curry wanted to do this story on Virtual Photo Walks, they originally thought there would be time to feature the Hovenweep walk. So NBC called to ask if I’d let them use a photo from there. I said of course! and sent a few in, including this one. In the end, there really wasn’t time to include Hovenweep. There was just the briefest snippet from that photo walk right before the final frame of the story… which was this photo. Ever reminding me magic and miracles really do play beautifully together. Sigh.

Here’s the actual photo (click on it to see the larger res version): 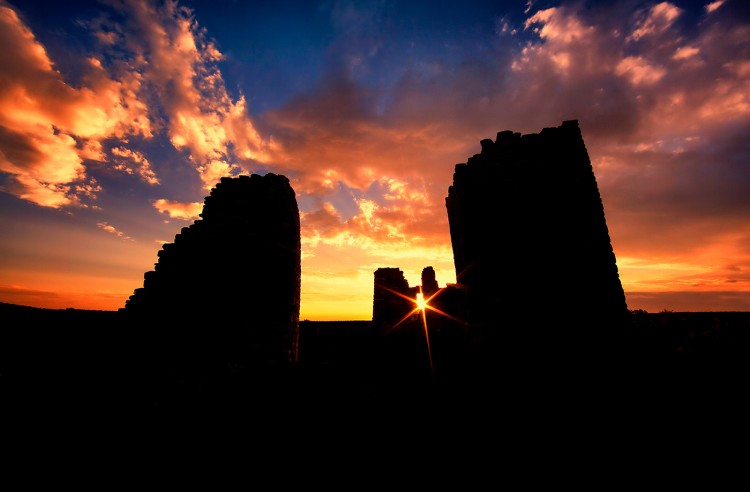