We visited Paris a few years ago. It was December, right before Christmas. A seriously dreamy-dream come true! I went for a voiceover job and my darling hubs got to come too, which made it even more dreamy. We stayed a couple of extra days for our own sightseeing… then stayed another couple of days dealing with the airline when our flight was cancelled due to an inch (yes, an inch!) of snow. Another story for another day!

This day’s story is all about the Grand Dame here…. the Notre Dame. I’ve posted this photo on Google+ before… but I never talked about the processing. That’s because I love how it turned out. Why is that a problem? Well, because I replaced the sky. 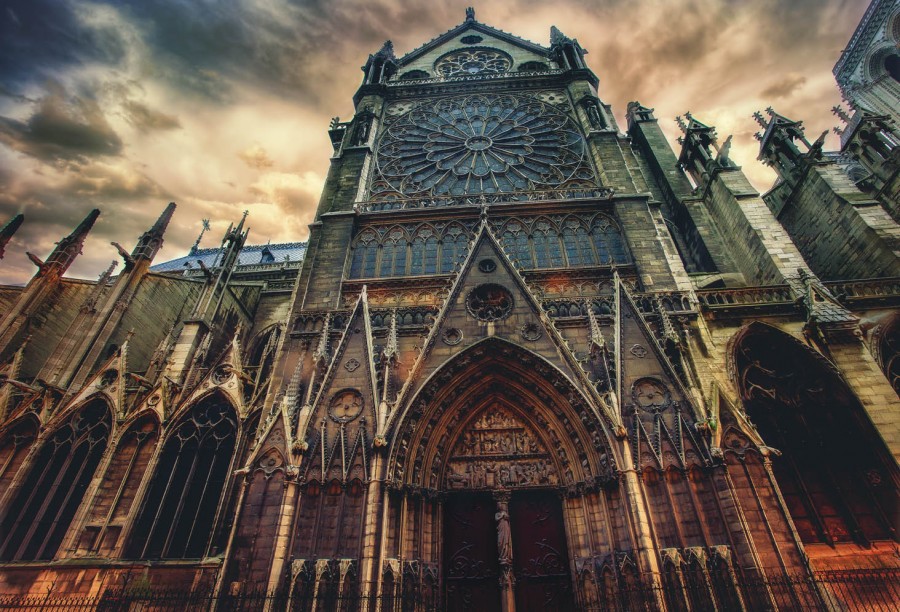 That may not seem like such an offense to some of you, but despite my penchant for HDR work, my background is pretty darned classical. Replace a sky? Never! A girl has her limits. But as I’ve become more vintage (let’s think “fine wine”), I’ve gotten over hard and rigid rules… the world changes so fast you’d best stay light on your feet! Bring on the sky!

This was a single shot from my old Canon Mark 5II. It was a dark and stormy day. hehheh. In fact, it snowed on and off the whole time we were there. Looking back, I think things looked prettier through my thoroughly dazzled first-visit-to-Paris eyes than they really were. But I was determined to bend reality to my fanciful view of it.

I tilted this shot at an angle on purpose. The grand lady looked like she was looming over us, almost glaring. In my mental movie, my character wouldn’t be staring straight into her accusing eyes. No, this character would have her head down. Then it would would tilt just a little as as she glanced up surreptitiously for just a moment… then quickly look back down again. Like Fantine in Les Miserables. So… tilt and snap! I had to do it fast too, because it was snowing really hard. Big, gloppy, unavoidable flakes – like slush muffins. OF COURSE it landed on my lens, which was a bitch to clean up in processing! But since I only snagged one of these, I had to work with it. (What was I THINKING only shooting one?) Here’s a .jpg of said raw… with nothin’ done to it at all: 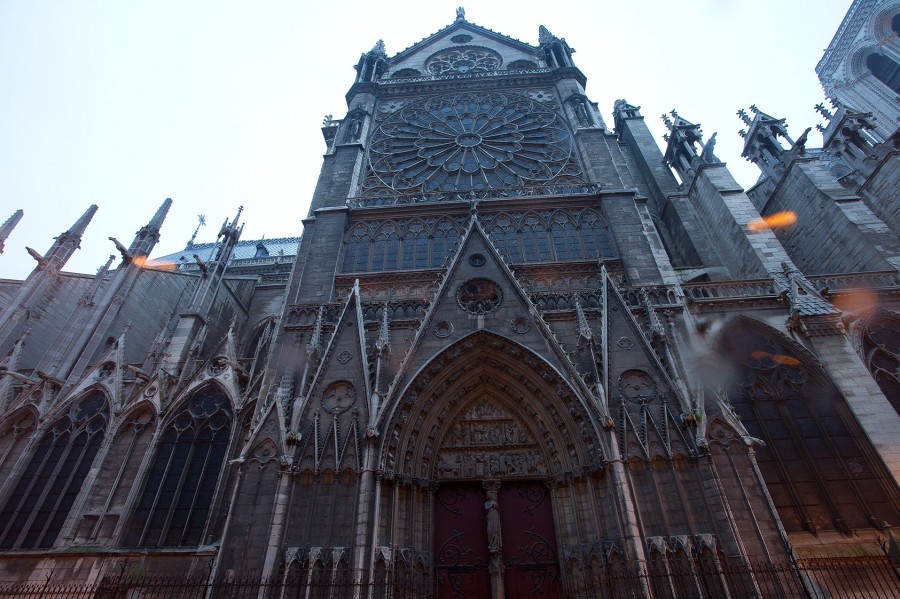 I left her alone for a long time, but she haunted me. Daring me to process her and bring her to life. She tugged at the edges of my mind, the wench – despite all efforts to ignore her. Finally I succumbed, but only, like, two years later. So I went to work repairing her. Filling in her blurry splotches, bringing out her inner radiance – a la Karen. It took forever. I cursed her. She batted her eyes at me. I groaned and kept working. She sighed in contentment. Finally, she began to look like something. In fact, she really was becoming so lovely that that stupid sky just wouldn’t do! I tried a few textures and color-y things… but finally realized I would have to cross over into the forbidden zone. I would have to give her a new sky.

I had this image, which had just the right amount of offbeat color and fantastical textures up there in the heavenly zone: 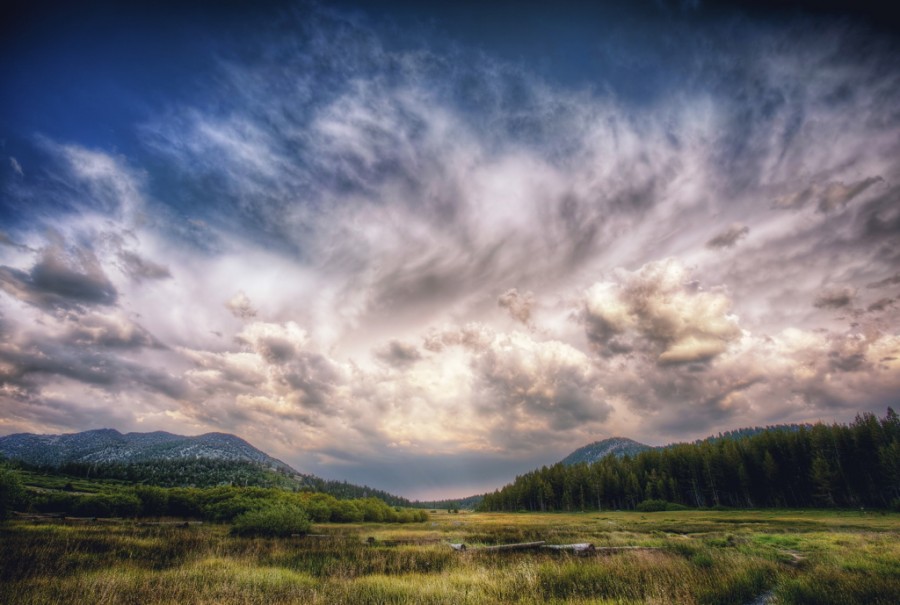 So I brought it into Photoshop and slid it in behind our Lady of Tauntingness. She turned this way and that, clearly quite delighted. Perfect! It was just the kind of sky that should have been there. And who knows… perhaps in some parallel reality it was! So I wove my world with hers and we came up with the final blend that felt like… Her.

She preened a little, smiled then looked right at me and did a slow curtsey. I set my Wacam pen down, nodded and smiled back. We did it. We had created something unique together, she and I. A vision of what could be… at least in my mind.

People ask how I process my photos. Truth be told, I think sometimes they process me.