The Inner Game of Photo Processing

I showed you a photo that happened kind of by accident – but was definitely an “inner game of processing” breakthrough for me here. When I came out of “the zone” and looked at my Photoshop layers, thinking about what prompted each one, it wasn’t a process I found easy to describe. Which is why I wanted to try! I have no idea if this is useful to y’alls, but this is basically how it went.

Here’s my original, which taunted me for months: 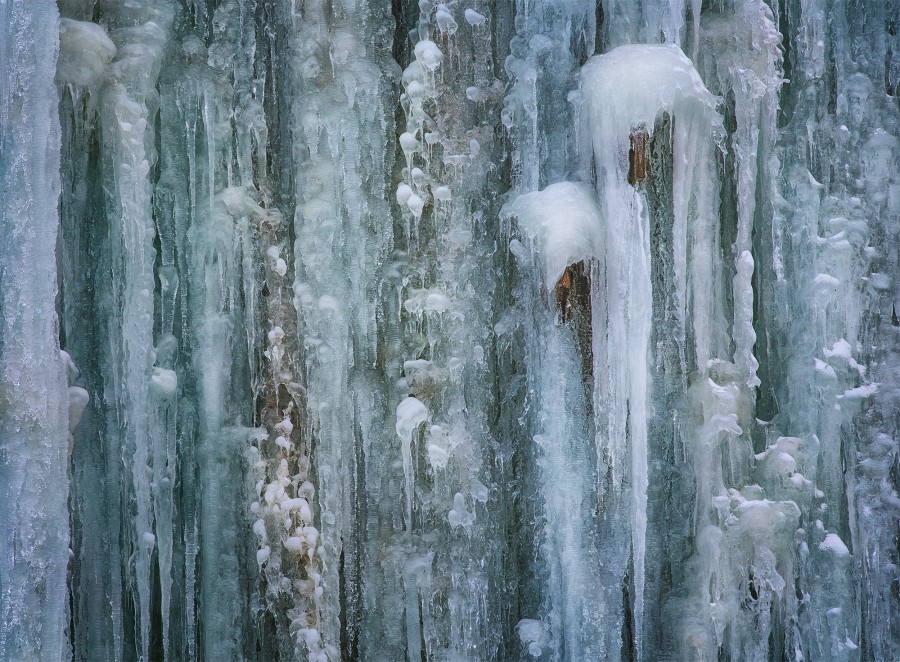 In my last post, I asked if you could guess what the finished photo was. Now you can see, it’s ice. It was a section of a “flume” near where I live: a big wooden structure built to convey water to the hydroelectric plant downstream. It’s rather leaky. In winter, there are a couple of times it completely freezes… and this was one of them. Minus temps = amazing natural art! It’s surreal, whether you stand back and look at it, like here… or come up close for the world-within-worlds like the photo above. And as I said before, the muse finally started to move… beckoning me to follow, if I dared. How could I not??

The muse and I wanted to start taking this image out of the realm of total realism. Of note: everything on this photo was done from feeling, not vision. That part was different for me. Usually it’s a combo; but in this case, I couldn’t see it at all until later, I could only feel it.

First “feeling directive”: create a sense of worlds that melt and emerge, like a bubbling cauldron of time that boils realities up  that you can only see for a moment before they sink back and disappear again into the darkness of time, over and over. That meant some surreal blur, applied variably.

So, I duplicated the layer and applied vertical motion blur BIG time. I might have even cranked it all the way up, I honestly can’t remember for sure. Then, using a layer mask, I brushed it through into parts of the original photo in varying degrees, with a really small brush: 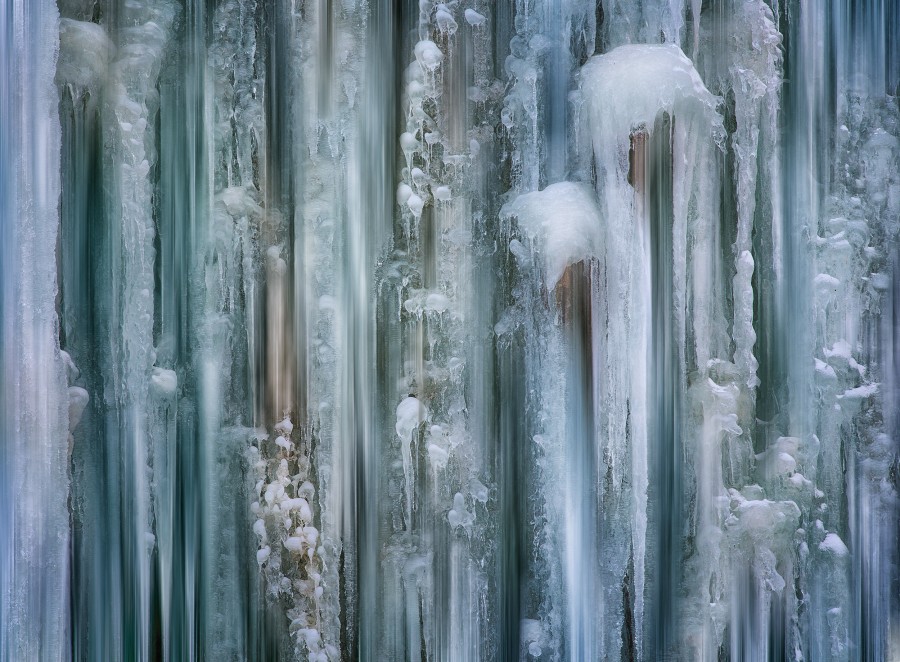 I made sure to overlap and make some areas translucent, others totally blurred, and left the parts that interested me the most intact.

Cool. I sat there, waiting to see where we were going next, because at this point I had no clue. Then the feeling came. Translated poorly into words, it was: Deep. Darkness. Emerging.

Adding Depth and “Emergence” with Black and Sharpness

Well, that means we need some black and selective sharpness. I duplicated the layer, applied Unsharp Mask to it, made a Layer Mask and selectively brushed the sharpness at 100% into the bits I wanted to make surreally crunchy. Then merged those two layers. Next, made an Adjustment layer, made it black and chose Soft Focus as the blending mode. I liked it as it was (no selective brushing needed). Finished this off with NIK Software’s Pro Contrast. A bit of Contrast, a bit of Dynamic Contrast. This is where we landed: 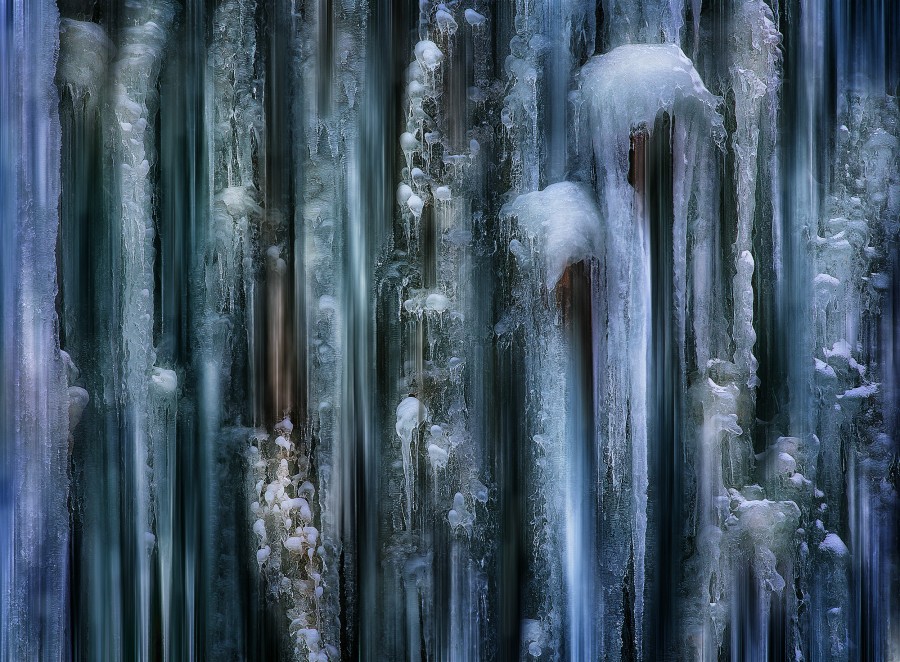 Nice. I liked it so far. But we weren’t done. Suddnely, I felt the “dreaded conservatism” start to creep in, saying something like “I don’t know if people are going to like this. Why are you wasting time on this?” The muse stepped back. I felt myself bristle. I used a word that may or may not have started with an “f” and slapped my conservative self back and motioned for the muse to continue.

Create a Feeling of Mystery With Glow and Lumiosity

The next directive, spoken in feeling terms, translated as: Mystery. Go Deeper. Look inside.
That could only mean one of OnOne Software’s Perfect Effects 4 Glow effects. I went with Rich Glow. Why? Because when I looked at it on this photo, I got a little, hot, then cool, my skin did this thing and my stomach gasped.

Should I really be telling you this? Ah well, too late. So I added that, made a Layer Mask and brushed bits of it away selectively. Left lots of it in the darker areas, brushed most of it away in my “to be featured” sections… and blended the bits in between. I felt a craving inside for more “Pop”… so next, subtly applied a luminosity layer to get that in the higher end (mid-brights to brights). This put us here: 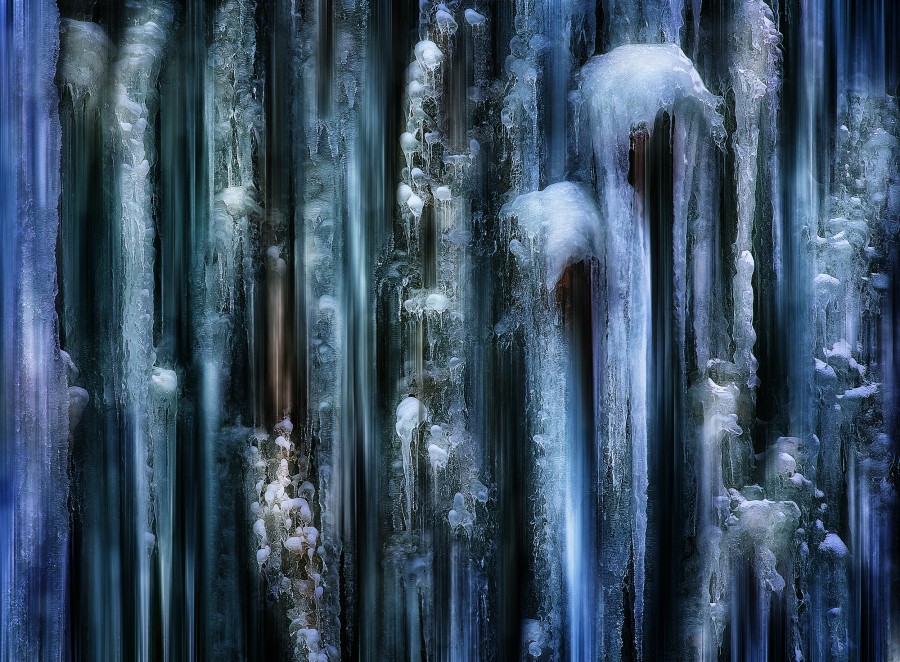 Now the muse said: “I need a center spot! Where’s my key light??” She also wanted some sunny tones with that (what is she, Blanche DuBois?). It was definite feeling of drama… of the beginning of a big broadway show, the music swells, the curtain opens, the spotlight hits and… BAM!
That called for OnOne Software’s Perfect Effects Center Spot Focus effect: 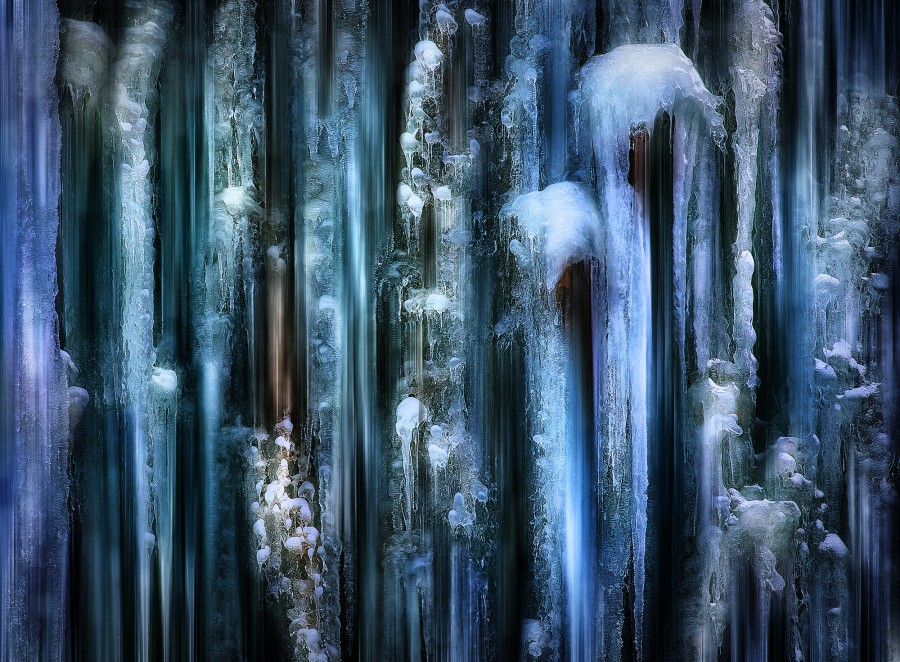 Good, but still too common! I do this alot! Give me more! I felt annoyance at the “same old” creeping in. “Do something new! Stretch! What are you, chicken??” my muse taunted. Grrrrrr. “Fine, you want a show? Take THIS!!” I responded, throwing down with NIK Software’s Reflector Efex, found in Color Efex 4. “Take THAT!”

“Now we’re getting somewhere”, my muse purred. I could feel my breathing ease, my stomach relaxing, eyes softening, irritation subsiding. I liked it. The color, the light, the sparkly otherwordliness of it was like the beautiful star on the top of the tree. But I could feel there was more. Sharpening. Really? I looked closer. Could this photo take more sharpening? Ah yes… I could feel a need for that final “tink!”. It was a sound I wanted to hear. I bet you didn’t know that High Pass Sharpening makes a sound, did you? It’s like a “tink”… but with some reverb that lingers in the air for a few seconds.

High Pass Sharpening applied to just the bits I wanted to stand out finished the journey and we landed here: 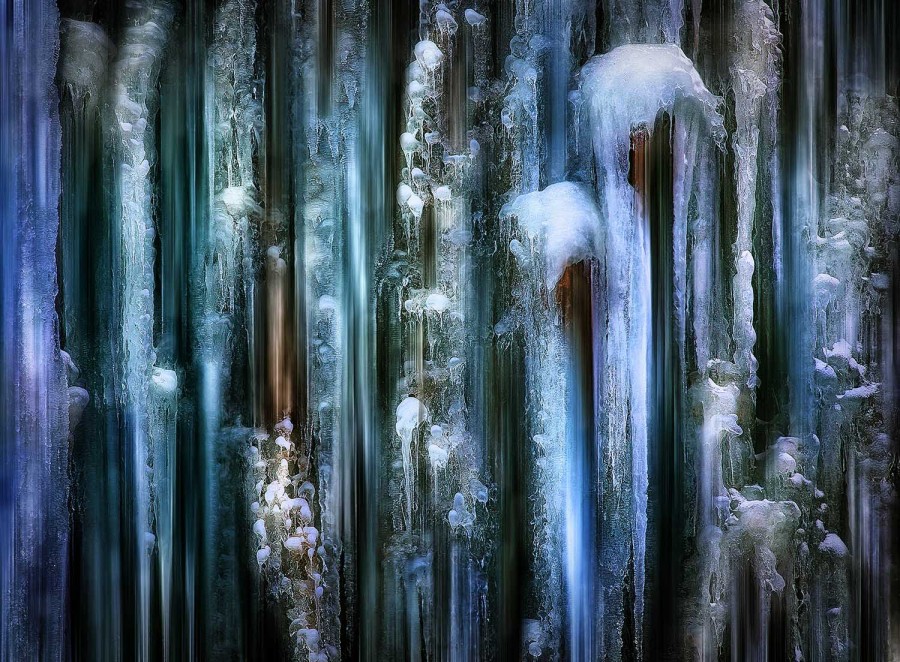 When I was done, I felt like I had just woken up from an amazing dream. “Whoa”, I though, when I looked at what was on my screen. I sent it to my husband, who said the same thing then we both sat there staring at it.

This was different. I followed a different lead, not one governed by anything other than feeling. Not what I thought anyone would like or understand, not even anything I could see in the beginning. Just layer by layer, answering the call of whatever the feeling inside asked for next. It seemed willy nilly at certain points, kind of random and experimental. I always wondered what that would be like – to do that purely. I think it’s the first time I’ve ever gone there without a net. Without backing down at least once and second guessing the result. Never once did I know what was coming next… and that in and of itself was an emotional ride. Not spluttery emotions… but more primal, deep dish satisfaction sort of thing. Like FINALLY scratching that itch you could never shake before.

I don’t know how else to explain it, except I’m going to do more. I want to see where this leads. I have no clue! But if I listen, perhaps I’ll learn…

Whatchu think about THAT?