I’m in Hawaii for a few days. My hubs had to come over for work, so who was I to let him go alone? 😀
My only problem with going somewhere for only a few days is the anxiety of trying to fit too much into too little time! But I’m doing my best to take full advantage! 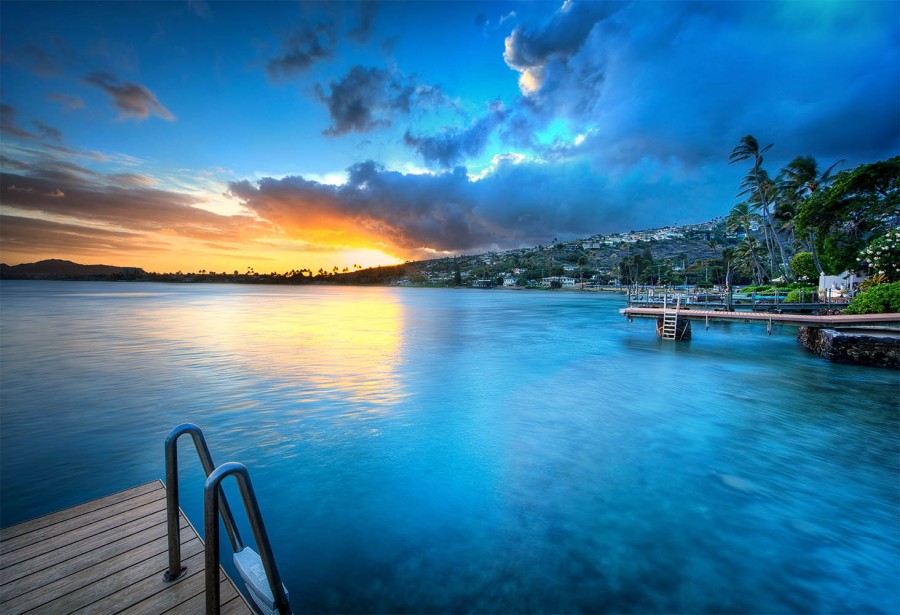 Here’s a little thing though. Since Joe’s working for the most part, I must go investigate on my own. 9.9999 times out of 10 this is awesome and totes good with me! But every now and again, a slight case of what I think was once a juicy case of agoraphobia kicks in and I have a hard time leaving the premises. Weird, huh? It’s not something I talk about, since I honestly think that puts more energy into a thing, especially if you tell a story about it as if it’s really who you are. ‘Cause it isn’t! But often, telling a story with certain intent makes that stuff sticks to you like a really bad, super cheap and ill-fitting suit. Wool-on-skin. Makes me itch!

I don’t want to live that story anymore; not even these little slivers of it that crop up now and again! Not acceptable. I’ve done a great job in my life of moving beyond such limitations. I love to travel and see new places. So it’s irksome when I feel like I have to be pushed out the door – in HAWAII, no less! It’s easier when others are involved. I just step into the flow and I’m good to go. But today, I woke up early and thought “Oooooh! Let’s go shoot early morning light!”. Then dragged my feet. Checked email. Answered Google+ and Facebook comments. Started writing this blog post. Had coffee. A nice start to the day… but I’m still in the house. I could bury myself in work (I actually planned to do some of that) – but doooood. I’m in Hawaii!! I can’t capture these frames at home… it’s ON. Here. Now!

This photo feels like where I am. One day ending; the light beckoning a golden hour just beginning. But I gotta swim for it!

So here’s how I’ll do it today. Breathe.  Throw my gear into the car. Plan a stop at Starbucks. Return a couple things at the health food store. Familiar routine. Once I’m rolling, I’m good! Then scout. It’ll be midday – but I’m sure I’ll find something pretty to shoot. And I’ll watch the sun, the skies and divine when and where would be ideal to return to. This is logical for most – for me, it’s making something “known”, instead of “unknown.” Which means insurance that I’ll get out the door tomorrow at a better time for optimal shootin’.

Why do I tell you this? Because as of this moment, I’m choosing. I’m letting this little secret of mine go. Releasing it into the ethers to return to whence it came. I’m not going to resist it, kill it, lament it, tell another story about it. I hereby thank it for whatever purpose of self-preservation it may have served at one point… and invite the Big Light to come in and SHINE that light for more freedom and joy than I have ever experienced. Now.

I’m including you this intent. ‘Cause who doesn’t want to experience more freedom, joy and awesomeness? Let’s do this!!