There’s a thing about me. More than one, truth be told… but I’m referring to one in particular that relates to how I look at just about everything, including my photography. And that is; I tend to see the way stuff “ought” to be. You know, possibilities. My point of view is that most things could always be better or more fun, more movie like, more beautiful, more “envisioned”. It’s a life thing, not just photography… I apply it liberally and globally; just ask my husband! heh.

Consequently, when I step into a historic wonderland like Siena, Italy – I don’t see no stinking ‘reality! I only see a frame from a highly stylized movie that was filmed there. It may well have been animated. 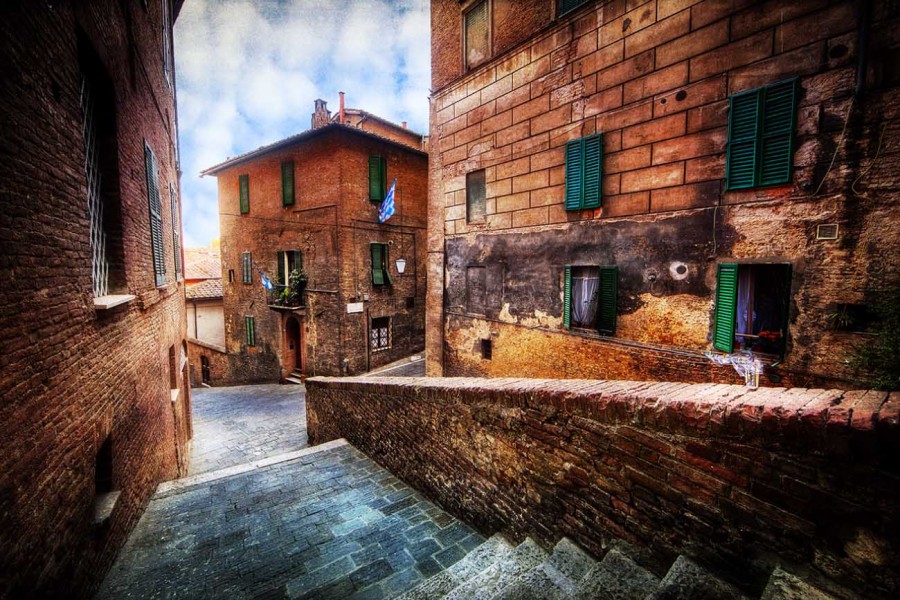 This vision thing drives  everything from where I hold my camera… to how I process the shot later. Siena was particularly subject to this point of view because it’s just so… movie! But also because it’s home of the Palio. You may recall that I loved a horse book called “Gaudenzia, Pride of the Palio” by Marguerite Henry when I was a kid. I lived and breathed the Palio; in my mind it became mythical.

So when I set foot there, BAM! I was in the movie in my mind, made even more textured and wonderful than I imagined it as a mere youth.

There are two Palio races; one on July 2, the other on August 16. Same thing every year since 1597. I was strolling through the contrada (think: neighborhood) that had won the last race. Its blue and white flag is hanging proudly on the building straight ahead.

In the photo above, you can clearly see that it was a lovely, dappled-cloud blue sky. Ummmm, in my mind!! Hey, I admit it; the sky needed some improving upon, so I took it upon myself to do so.
In the photo below (one of 5 that I used for this HDR image), you can clearly see that the sky was incredibly ‘meh’.
I don’t DO “meh”. What’s the point? Why have “meh”, when you can have “AHHHHHHH!!”
Just sayin’.

So… let there be clouds. Along with a few other movie extras.

I  mention all of this because we each have a “signature” point of view that is unique. By knowing how you see the world, your chosen place  and stance within it – knowing your preferences and the story you really, REALLY want to tell can give you that ‘stamp’ that lets people recognize YOU in your photographs before they even see your name.

Plus, I just think befores and afters are alot of fun… so on a whim I thought I’d share this one! 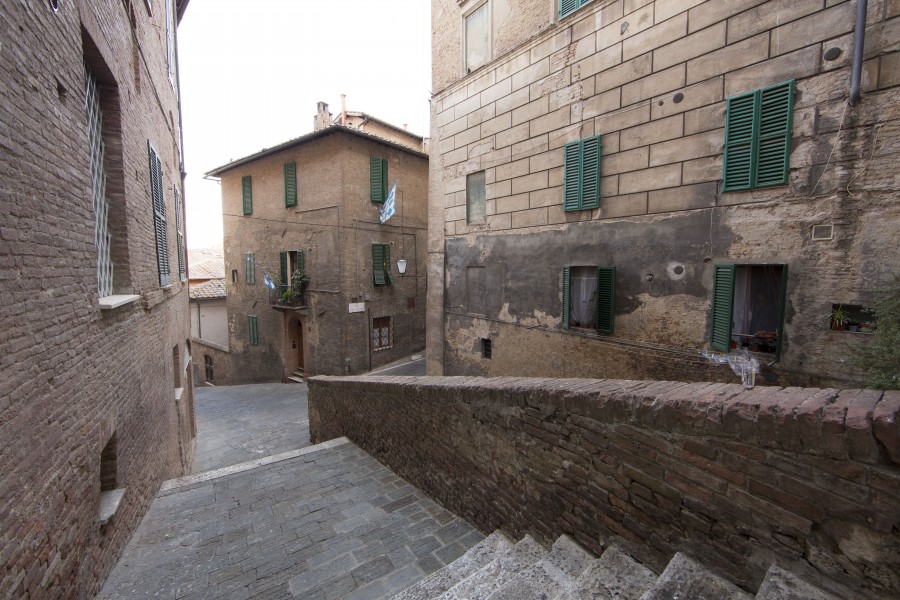