As it prepared for its final leap toward home, a few loose star patterns spilled to the ground.
Come spring, the townspeople would marvel at the new growth there; so lush, so vibrant in just this one spot.

The train began to rev; in a few short moments it would vanish, as if into thin air. So it goes when powered by starlight.

And so the story goes.
This image took a year to create. Most of that time it hung out in the background as a nagging feeling that I could never quite forget. 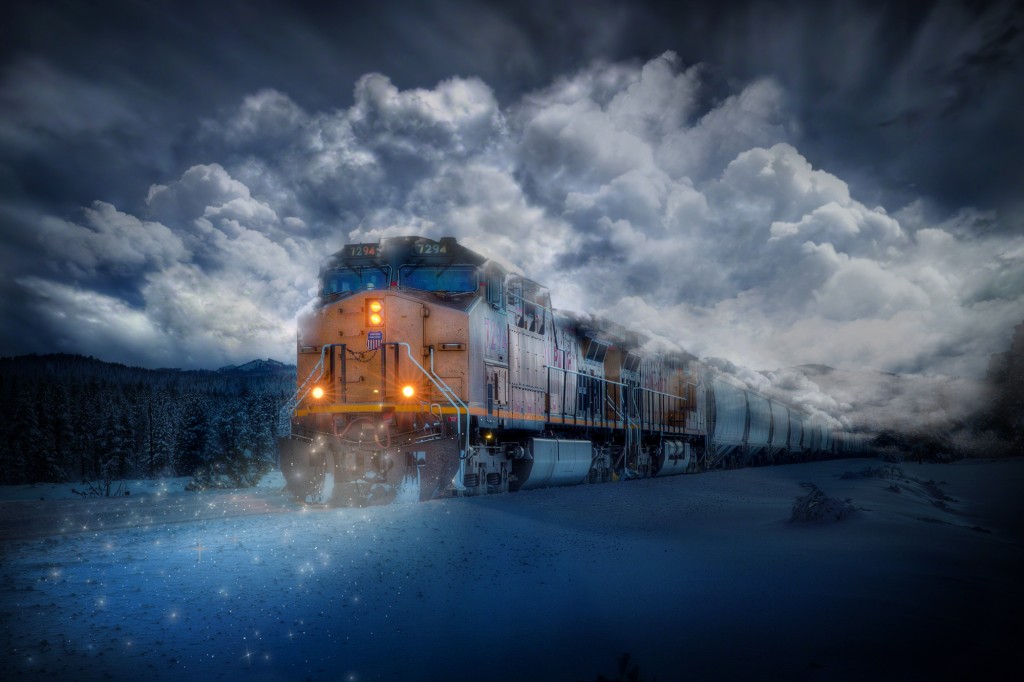 A Christmas Gift from My Muse

I met this train on Christmas Day. The final image was my Christmas present from The Muse a year later!
When I captured the moment, I really wasn’t sure what to do with it – only that there would be some billowing involved… and a fantastical story.

Billowing should always include a fantastical story.

On the day, I gathered 7 exposures… this being the lightest one: 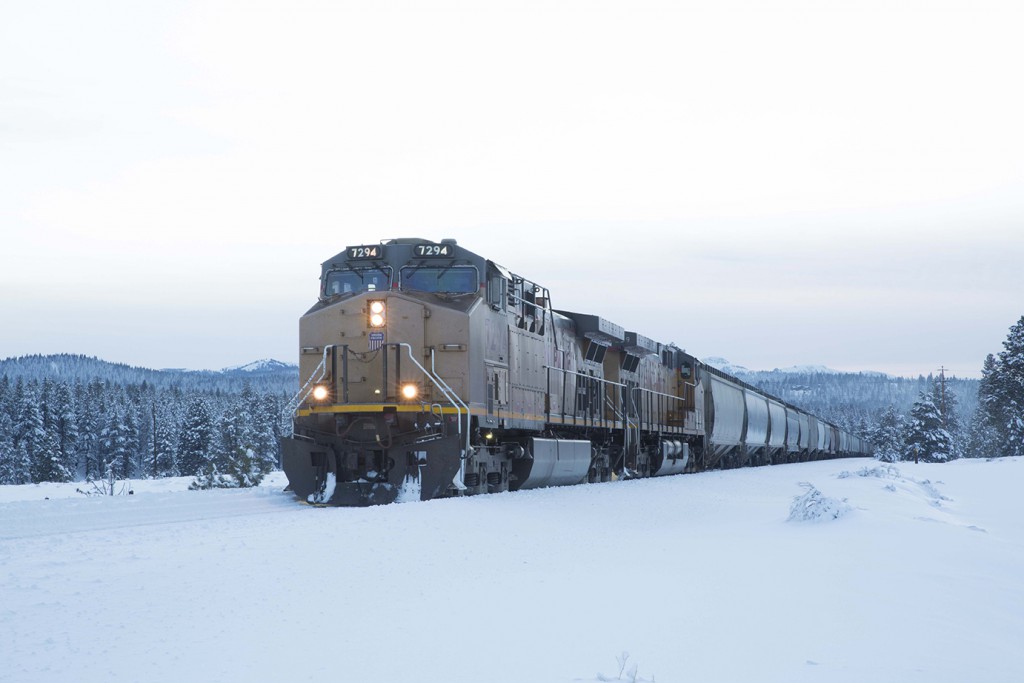 I was imagining my own twist on something already known: The Polar Express. Maybe with a little Hogwart’s Express thrown in.
Trick was, it wasn’t a steam train… so how to justify the supernatural billowing clouds I was envisioning?
The other caveat: I wanted to use my own clouds. Only I didn’t have the right ones in my collection. (Yet! But I get ahead of myself. hehheh.)

I went ahead and made the tonemapped version that I’d start with (created in Photomatix). I figured maybe that would shake a few ideas loose and I could move forward. I got this far: 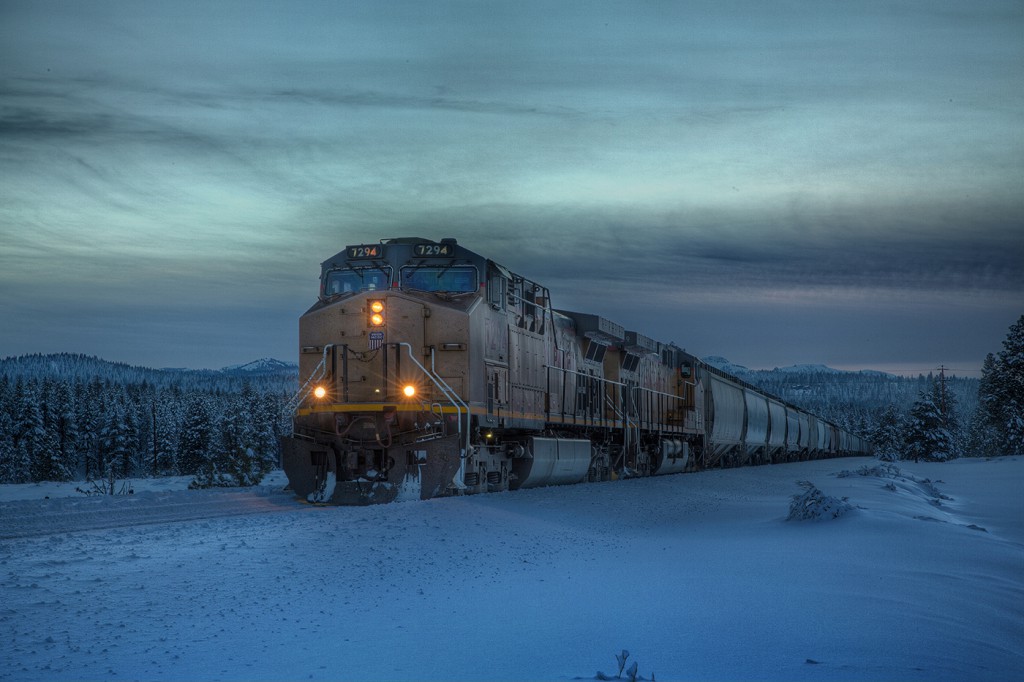 Then nuthin’. The Muse turned up her elegant nose at my raw materials and wouldn’t be talked into even discussing it. She rolled over and went to sleep on the whole thing.

Time passed.
Over the summer I was out photographing with my good friends Curtis & Melissa Simmons out around Emerald Bay at Lake Tahoe.
This one day, the most OUTRAGEOUS thunderstorm I’d ever seen boiled up out of the east. It did this: 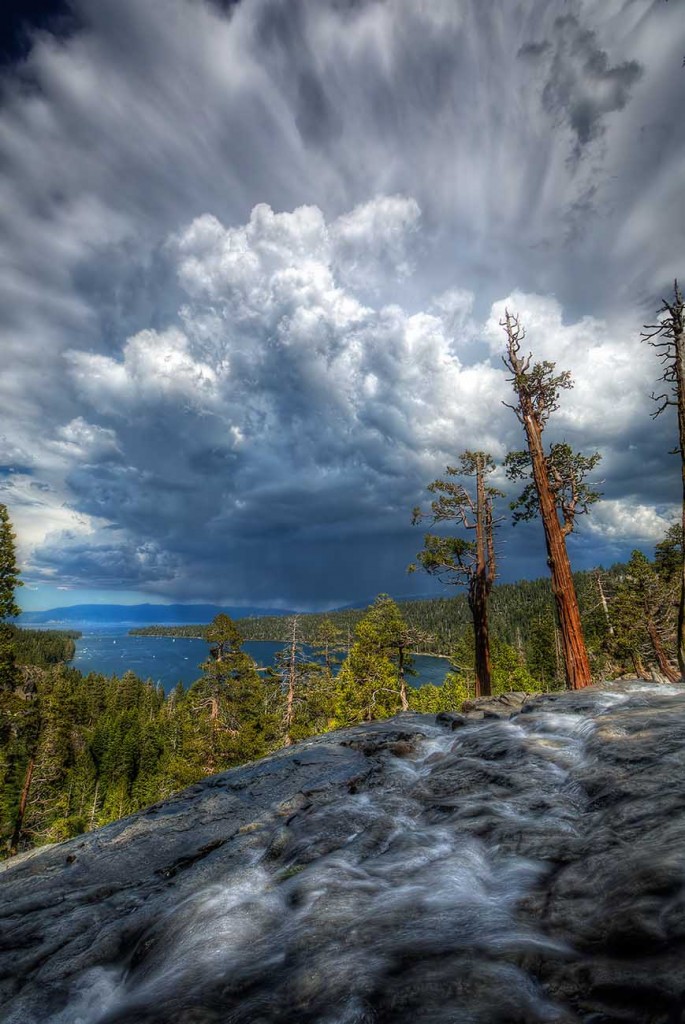 Dayum!! I had a field day that afternoon, as you can imagine. I just couldn’t stop staring at the sky.

Meantime, I wasn’t really thinking about the train. The Muse still napped on that. So I set it aside.
Then the holidays rolled around (seemingly 5 minutes later than last year’s holidays!).
I got in the mood to create something sort of fantastical. Nothing crazy… maybe a blend of real and fantastical. I looked in the folder where I’d save this year-old train image, saw it for the first time in months… and my heart skipped a beat.

The clouds! I finally had the clouds! They were perfect! The Muse stirred. Stretched her arms. Got that glitter in her eye. A smile on her lips. She nodded. It was time.

Game ON! We went with the new sky and both of us giggled with glee as I found some starry, sparkly Photoshop brushes to light the way: 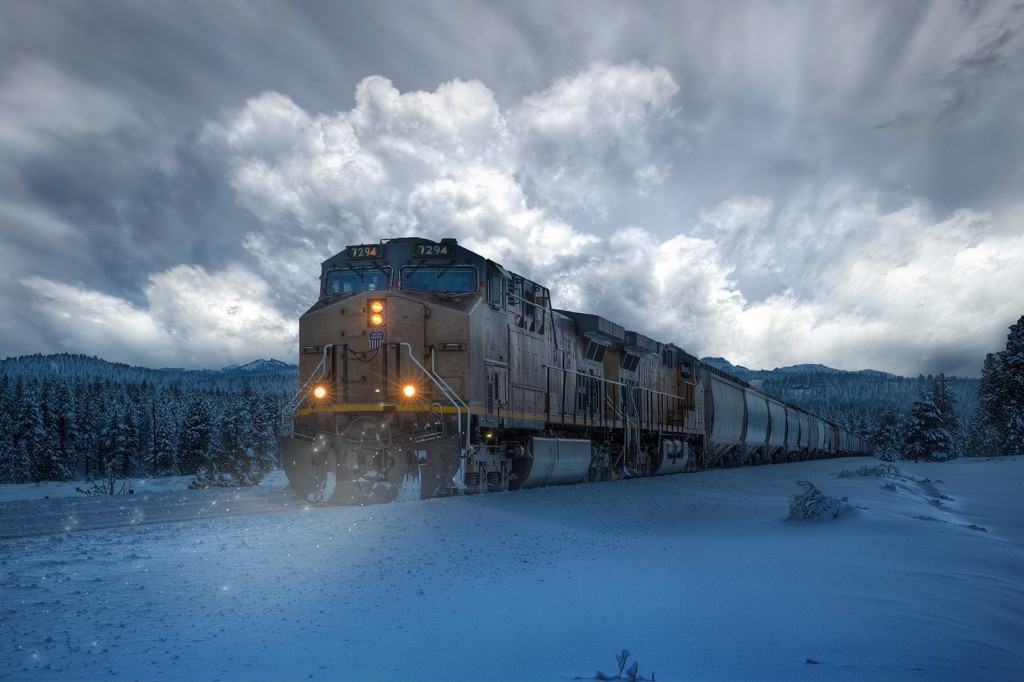 The Muse was just getting started. From there, we wandered around and tried stuff, starting with getting the blues and grey-blue shades of color to align and look like they were from the same world. Then darkening, intensifying: 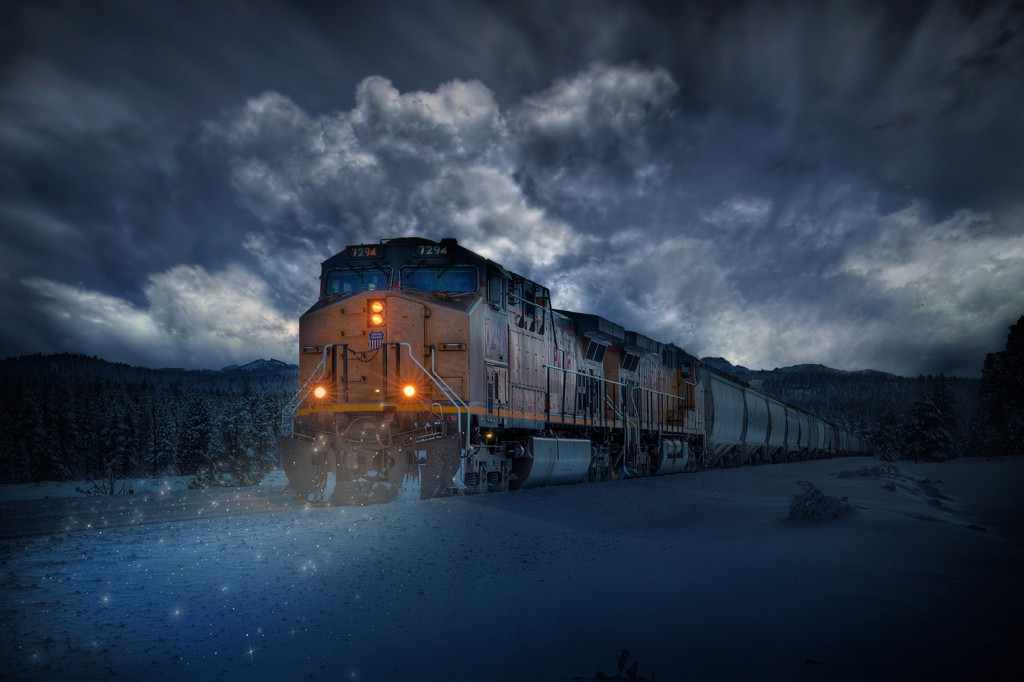 Letting The Muse Truly Take Over

Wow, that was cool. But this is where The Muse really had to take over. She wasn’t satisfied and frankly, neither was I.
We both wanted something more Polar Expressy… more Hogwarts magical… but it had to stand alone. I could basically see it, but having never created anything quite like it, had to hand it over to my darling Muse, who seems to figure out a way to do just about anything!

She was inspired to use Photoshop cloud brushes to do some filling in – effectively bringing the heavenly mists down to earth. Then carefully adding some glow, tending to the light, which had to be just so. In the end: a rather modern, everyday sort of train had an air of the mystical. As if a portal had just opened up – one into which The Starlight Express could simply vanish at a moment’s notice.

Which, in my story, is exactly what happened. 😀