Back from New York… aaahhhh

I’m back on my mountain home turf… in incredible contrast to the marvelous urban jungle of New York City!
I loved every minute of my time in NYC… and have SOOOOO many photos to share yet. But after a late night arrival back to California, a quick flight down to Southern California the next day, followed by a 6 hour drive (with stops) up the hill to Truckee the day after that… man, I’m ready to park it!

Tired, sore-throaty me finds incredible soothing and restoration in visiting some of the images I brought home from Washington, the week before heading east.
Like this one, from Sol Duc Falls. Aaahhhhh, it’s like a cool, soothing throat lozenge for the eyes…

Sol Duc Falls is so much fun to photograph, because everything from the ‘big picture photo’ to the ‘worlds within worlds’ compositions are delightful. It’s that kind of waterfall… twisting, turning, angling. It’s like a crazy carousel ride! I talked about it in this post not too long ago… and gave a few tips on how to approach it.

Here though, I wanted to talk mini compositions. Once you’re over the initial gasping and “OMG”-ing of a fabulous waterfall like this and have photographed all the wider shots… it’s time to zoom in and make some fun, micro-style compositions.

First of all, I always set up with a tripod. Sometimes I shoot auto-brackedted for HDR, so I need it for that… but here, it was later in the day and the light was pretty even. No need for HDR, I decided. Instead, I found the exposure that gave me all the details I needed… in this case I went with the settings f/10, ISO 400, shutter speed 1/5 second. The latter is what gave me just enough shutter drag to create the creamy water effect; but one with enough detail to maintain the feeling of movement and power in the water. It also explains the need for a tripod! Then, I went hunting all throughout the falls for small compositions that felt good; that were complete and like mini-waterfalls within the bigger one.

I looked for compositions that gave voice to the intensity of this powerhouse of a waterfall… but spoke even more specifically of one piece of it. Like a chapter of the book. A lilliputian version of the greater waterfall.  A frame that is complete unto itself… but obviously part of something much greater. I love seeing worlds-within-worlds, especially when they contain the blueprint of the bigger world it sits within. So that dictated what I sought comp-wise.

Processing-wise, it was a RAW image… so I was able to bring out the details I wanted between Adobe Camera Raw and MacPhun’s Intensify Pro 2. Then some for some of the softer glows in onOne Software’s Perfect Effects 8, adjusted the light placement and dispersement with NIK’s Viveza 2, created contrasts and good base notes using Adjustment Layers in Photoshop CC. I always apply those things by degree and sections, using layers. That’s the primary reason I work in Photoshop – because of the insane amount of control and influence down to the pixel level that I want to have!

When all was said and done, I really loved the colors and the minty fresh effect it has.

I think I’ll apply it to my throat right now! hehheh. 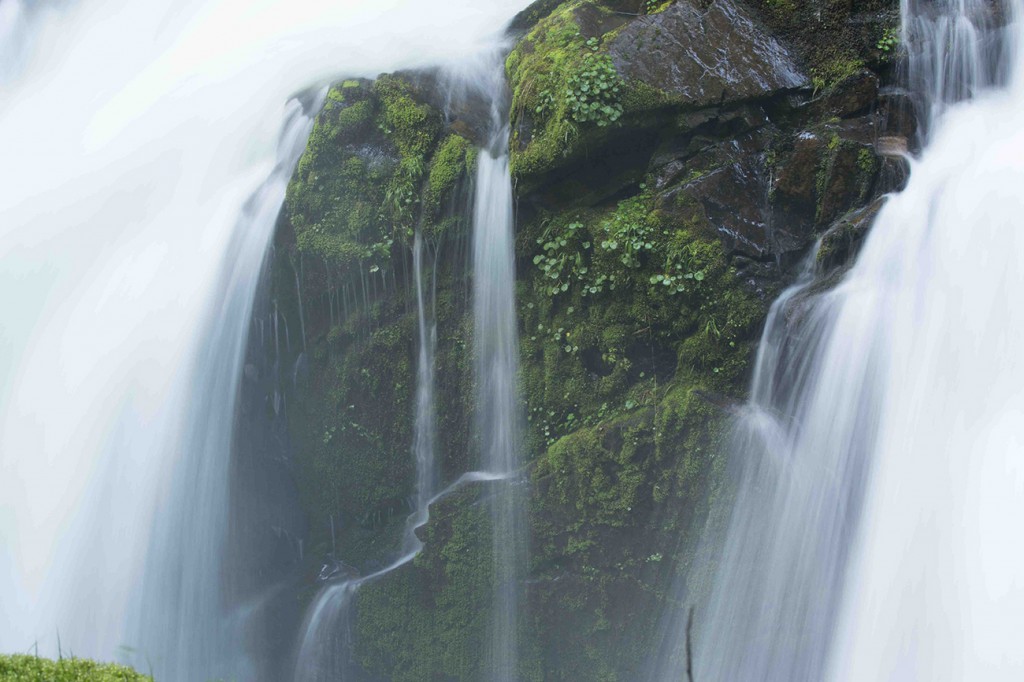