Yesterday’s post about Phil the Peacock has a Part 2.
It’s name is Jim.
He’s Phil’s fully technicolor counterpart.
He also lives at The Cathedral Church of Saint John the Divine; and was named after the dean of the Cathedral, The Very Reverend Dr. James A. Kowalski.
What follows is what I learned about Jim during my short visit. Here’s how I knew his name was Jim, along with another little-known fact: He needs his quiet time to be all he can be.
I need to take notes on that part! ha!

Unlike Phil… who really worked the crowd, I’m sure hoping a Mrs. Phil would step forward… Jim had a more laid back approach. So much so, that I figured he only spread those tail feathers in an obligatory sort of gesture. I mean, even a peacock doesn’t want to be completely shown up in public! There are reputations and image to be considered. Sheeesh!

Luckily I was there when he did. Because the rest of the time I was there… he was definitely took the more restful perch-on-the-gate approach: 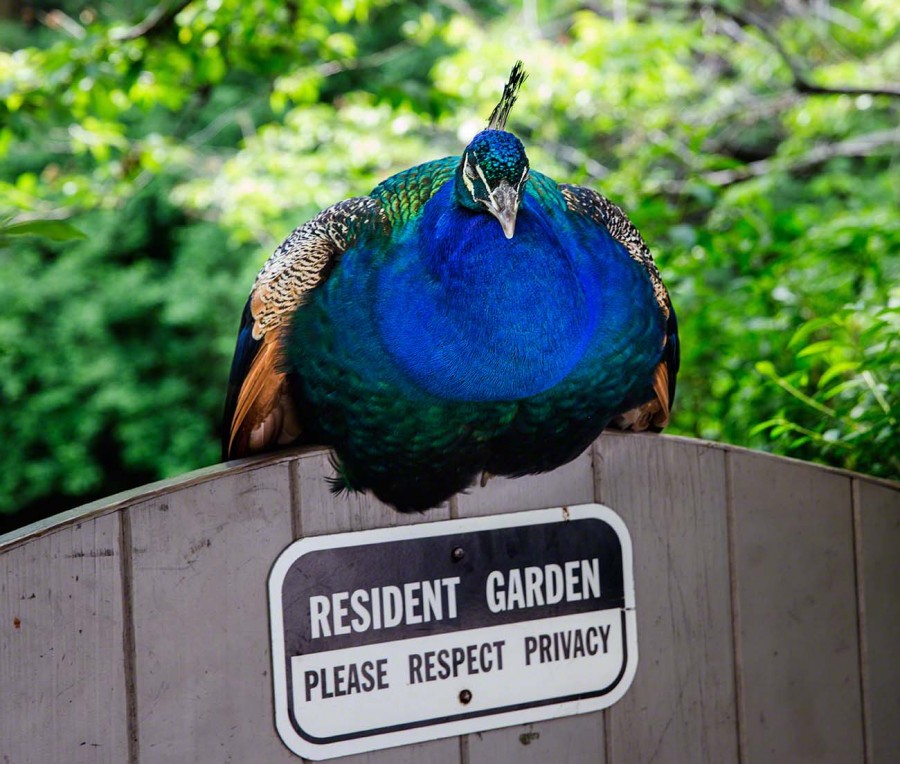 Then There’s The Glare

When he stood up, he was fairly regal.
There was no doubt this was HIS spot… and he glared when I got too close.
I always pay attention to The Glare.
I’ve actually been secretly practicing it since then… you just never know when a good Glare might come in handy. 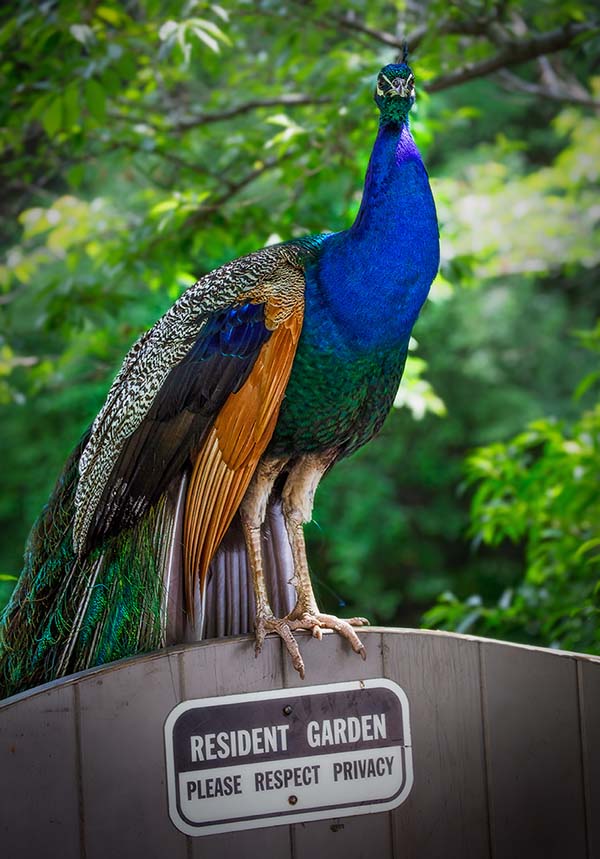 Clearly, Jim is also big on privacy.
I can understand that. The Cathedral Church of Saint John the Divine in New York City is a busy place.
A bird’s gotta do what a bird’s gotta do to keep the colors vibrant, the feathers smooth.
I respect that.
And tried not to disturb his balanced-bird mojo as I captured his countenance to bring home.