Looking Back, Taking a Breath

Stuff is happening. Fast!
I imagined summer to be “catch my breath” time. Hahahaha! Oh the folly and whimsy of it all!

The past few months have seen the launch of The Arcanum, a photo trip to the Olympic Peninsula of Washington, followed immediately by a trip to NYC, filming several episodes of The Chat which I’ve had NO time to edit, speaking engagements, my first photography show at Coffeebar, Truckee , the unexpected availability of the “Dream Team” for my fabulous new website (a 4 month, SUPER time-intensive process… it’ll launch in October!), a couple of Virtual Photo Walks – one of my favorite things to do, interviews, meetings about potential new projects and now… I’m newly the west coast Influencer/Artist (is that actually a title?) for Macphun Software and Tonality Pro, for which I did a press presentation in San Francisco, am now making videos and am TOTALLY stoked about it. Yes I fell behind on my blog and on The Chat… but like I said, growing pains!

These developments are all incredible, wonderful. I could only imagine them a couple of years ago. They’ve also pushed me in new ways – to do more, think more, be more creative, move faster than I had ANY idea I would be at this point!

As an artist, this is exciting – because it feels like my dreams are now taking physical form – and are moving forward.
As a human, it’s change, requires growth and has its requisite growing pains.
And as a human being doing my best to “live my life as if it were my art”… I am beginning to realize that this is the “New Now”. Unexpected, demanding, fluid, thrilling. 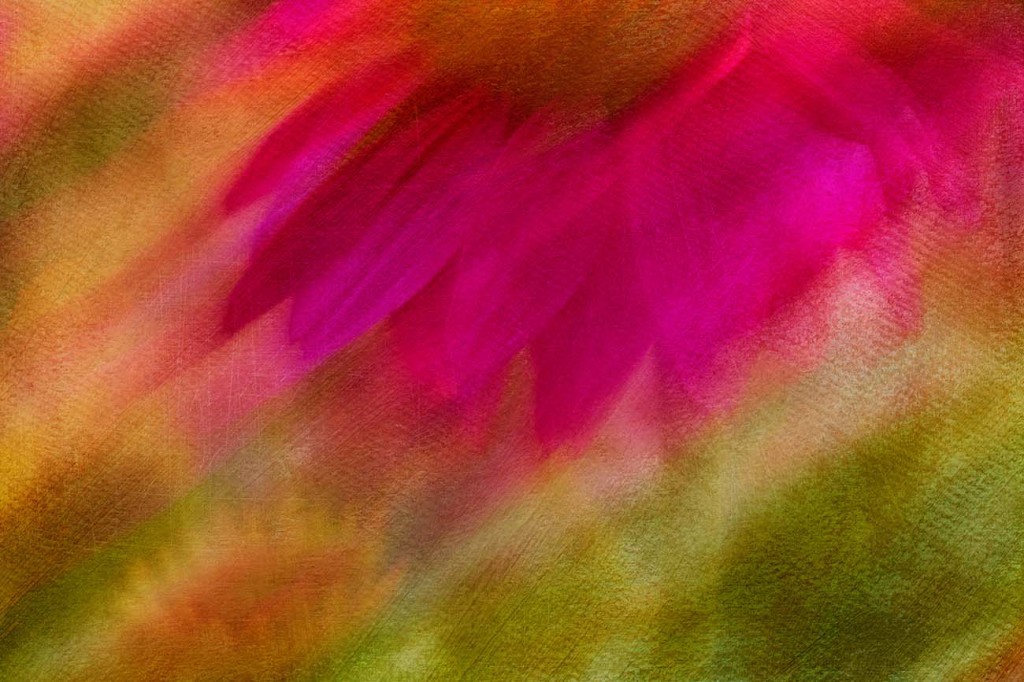 I’ll admit it – all this unexpected motion stresses me out! Not all bad – oh no, not at all. But as someone who is accustomed to setting goals, accomplishing them, taking time to think, clean the house, take a breath, contemplate what’s next… this much faster pace is startling!

I initially approached all this as; “I’ll get ‘X’ done, then things will mellow out.” Like every task were a hurdle to be leapt so that I could return to the norm. Which is silly – because I don’t WANT to create the old “norm”… I’m in this to create my next new, fabulous life chapter! But when things WEREN’T slowing down… and felt messier than ever… I was sure I must being doing something wrong.

Then my friend Frederick Van Johnson , who is in a similar growth/creation phase with his life and business, said something that stopped me in my tracks. He said: “This isn’t something to ‘get over’… this is life!”

That was when I realized I’m living my “New Now”. For the past 3 years, I’ve been transitioning, learning, experimenting, researching, determining if shifting careers into the Photography arena was something I really wanted to do. It is. And I am. I decided that this was the year to put it all into play. So I did… and the results are happening – and ramping up. Life Lesson #354: The same-old, same-old rules of your past work/life flow do not apply when you’re creating something new!” (DUH!)

It’s logical – but sometimes one’s brain and nervous system just aren’t logical! I’ve been super stressed with all the deadlines, the new expectations, the money I’ve had to spend to step up, the time things have taken, the new skills I’ve had to acquire. Why? Because in my mind, these things were all hurdles to be leapt – after which I would land back where I was comfortable and knew what was coming next. When that didn’t happen, my stress level went up – and I tried even harder.

But when Frederick said what he said… “This is life.”… It dawned on me that I was, in part, mistakenly creating a new world with an old view.

The Art of Living

The Art of Living. It’s messy sometimes. It’s dynamic. It’s creative. It requires you to be light on your feet, breathe and make quick decisions. Which you can always change later if you don’t like the results. The key is to keep moving, discerning, determining if what you’ve created matches your vision. If it doesn’t, change it!

I’ve always known these things. But I’m experiencing them now in all new ways. What a gift to be at this particular point in my life… where I have these options and choices. I am blessed. And it is my “New Now.”