I named this photo “The Climb”, ’cause well, how could I not? The hubs and I were out hiking and photographing along a stretch of the Pacific Crest Trail, one lovely day on Donner Summit in the Sierra Nevada mountains a couple of weeks ago – and we’d gotten separated. No biggie – we agreed to meet back at the car when we were done. As I clambered through a section of rocks, I stepped out onto a granite outcropping overlooking a small group of rock climbers. There were couple of spotters on the ground, a fella on some crazy section of rock – and this gal.

She was working on a move that was relatively new to her, though not being a climber I couldn’t tell you exactly what it was. I just know it looked pretty tough to me – and that she was getting coaching and encouragement from the guys on the ground. Whatever it was required several tries. In between them, she’d dangle in mid air like it was the most comfortable place to hang out; a hundred feet above the ground on a rope. She was huffing and puffing like a freight train too, which gives you an idea about how challenging it was. One thing I CAN tell you for sure: she was badass.

And it made me think of this video I’d seen recently called Like A Girl . Standing there, watching her focus, determination and strength – I knew what it meant to climb like a girl.

I’m a climber too.
Just not on vertical granite rocks.
But I do it focused, determined and strong…  like a girl.
Hoping to help re-define just what that means for younger generations. 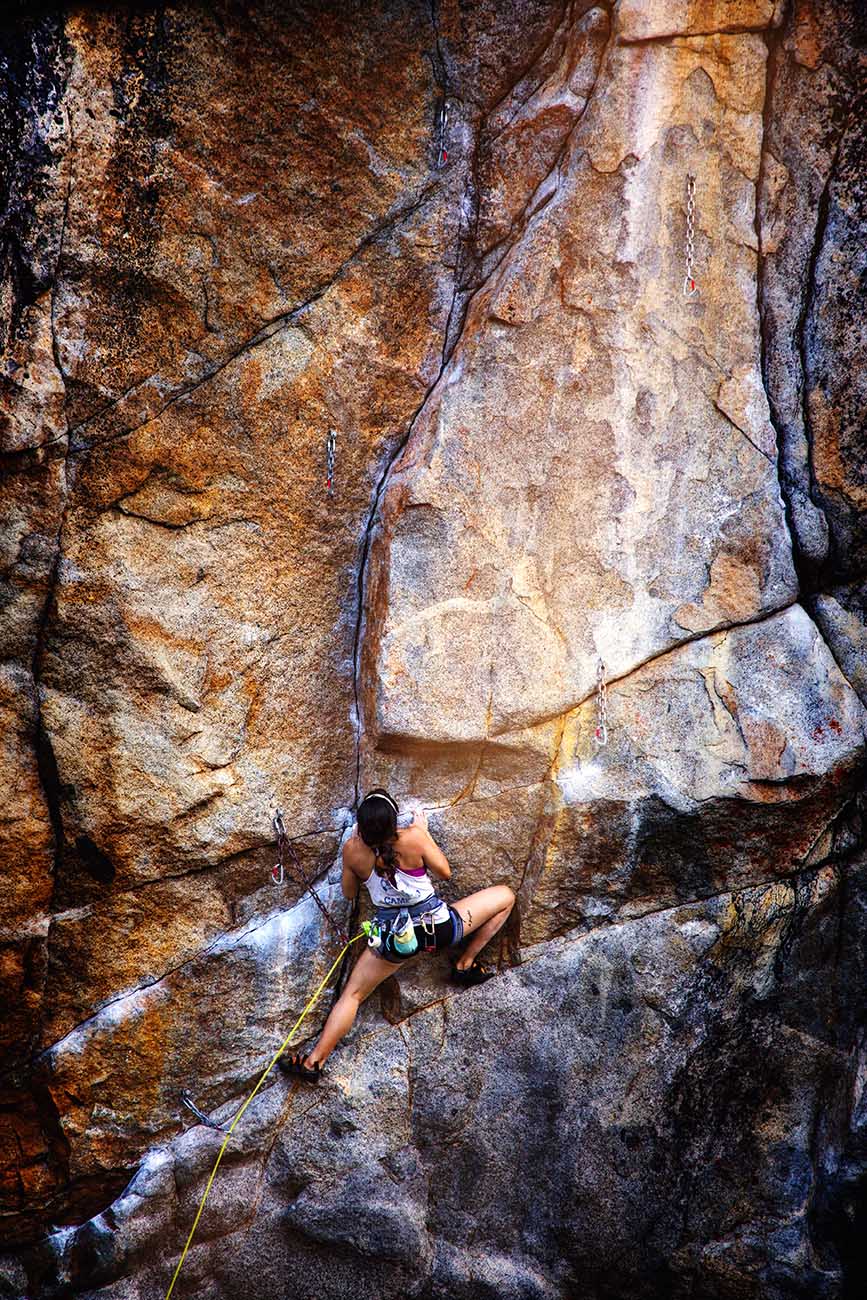