I knew this image would turn out impressionistically when I shot it. Mostly because when I saw it, it reminded me of a photographer whose work I just love: Philippe Sainte-Laudy.

I’ll admit I thought I might do some motion blur. But the quality of light that came out as I pleased my muse was what soared to the forefront instead. My muse needed pleasing, because we’ve been taking care of business – ALOT – lately! That’s important and all good… but she was definitely feeling neglected. So I let her play. We’re much happier with each other now. 😀 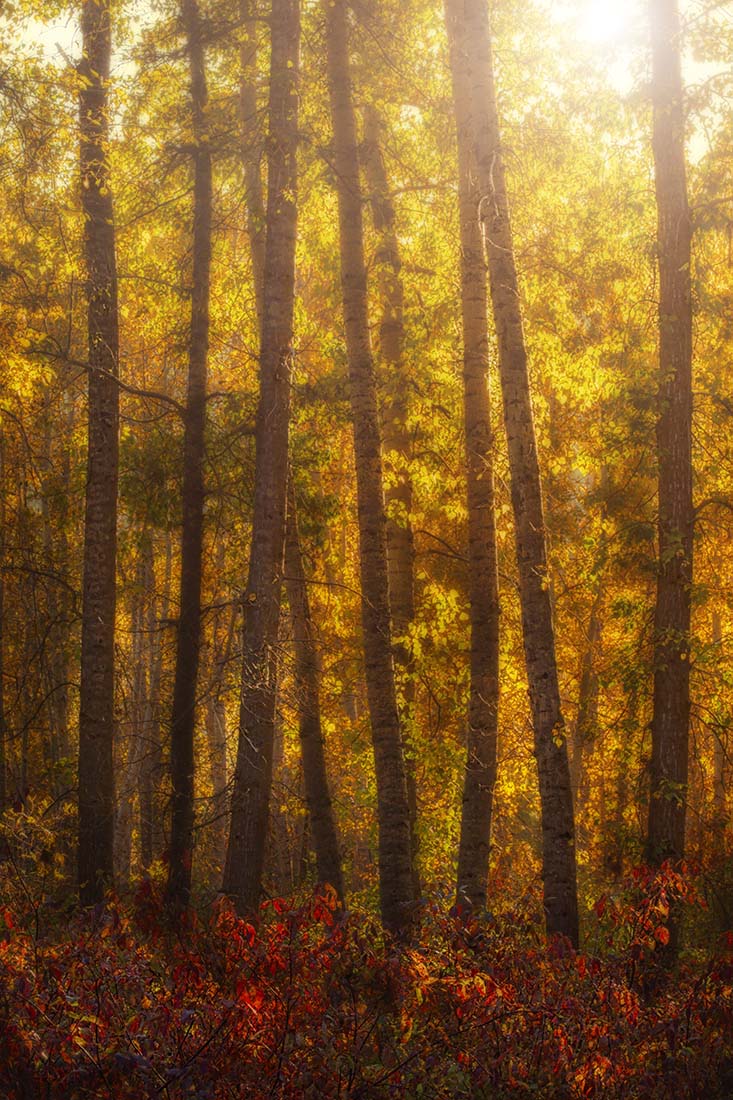 The forest itself absolutely magical in the late afternoon light. But I wanted it to feel a little surreal – like the same forest, but as if it stood just on the other side of the veil in a different reality selection, on another world. One that’s similar to ours, just altered in certain mystically beauteous ways. I’m betting you’ve been by those thin-veiled moments. They stop you in your tracks, you gawk and whisper “That’s just unbelievable!”. Yep… you’ve just seen a reflection of that world.

This was that.
I just made the veil a little thinner is all.