New things are fun, aren’t they? New clothes, new ideas, new days… they make you feel reborn. Although it’s probably dorky to say that out loud. And yet… I just did.

Here’s a new photo. I took it last month, recently processed it. The light was just right to make this row of bright green pine trees look like a welcoming committee against their darker brethren scaling the mountain behind them. So I named this photo that: “Welcoming Committee”. ‘Cause that’s how I roll.

If you click on it, it’ll take you to yet ANOTHER new thing… my revamped photo site, which I’m still tweaking. This is so much fun… creating new stuff and sharing with you first! 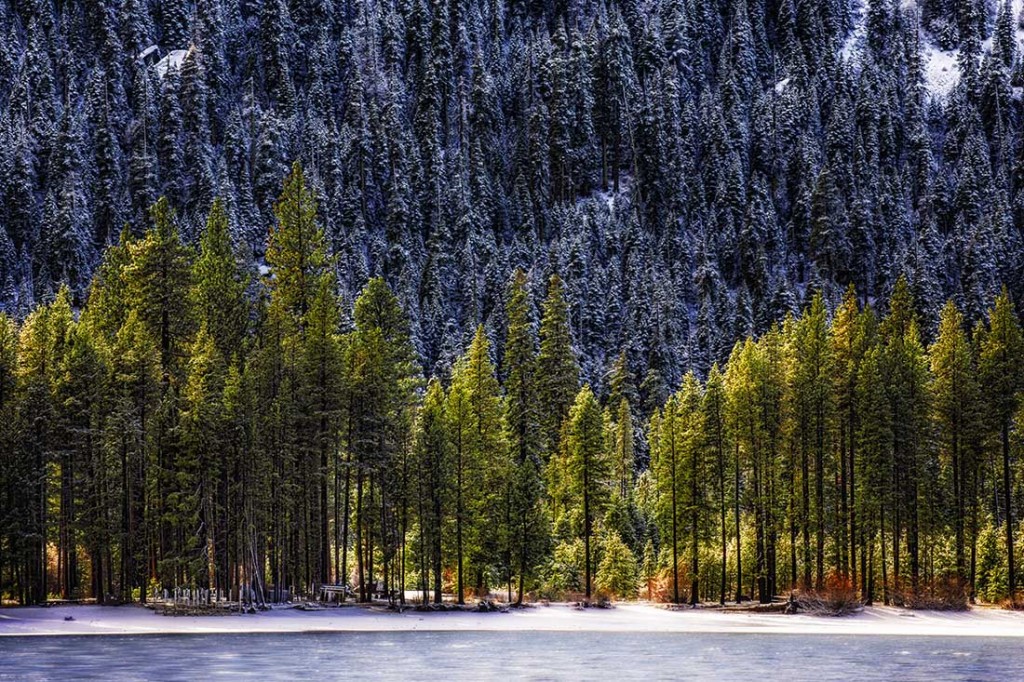 (easy there, Scooter – it’s not what you think!)

Seems like everything’s hatching in rapid succession lately… like baby chicks whose mama bird has been sitting patiently upon her eggs for what probably seems like an eternity to her! I watched a mama grib (that’s a bird that lives on our pond) sit on a nest of stuck-together grasses and twigs ON THE WATER for, like, two months last summer. She never left. I watched her with binoculars, checked on her every day when I walked by… at all times of day. She just sat there, waiting for her babies to emerge. I don’t know how she survived, since I never saw her leave the nest for ANYthing. But she did survive… and eventually nature gave her what she was waiting for, and away she went. I don’t honestly know if nature gave her babies or just word that it was time to move on… but she did finally vacate.

That was a lesson to me. Patience. You never know the outcome ahead of time, but you gotta play to win. Patience. A learned skill for me… I sure as heck wasn’t born with it!

So as I sit poised to launch a brand new website (NOT the photo site – this about-to-be-birthed one will be home to my entire world!), two months overdue, I remember mama grib’s lesson. Maybe you have to sit on those eggs longer than anybody thought. Passersby may walk by and shake their head, thinking you’re on a fool’s folly. YOU may think you’re on fool’s folly in the dead of night when you can’t sleep for all the thoughts spinning round and round your head. (I’m not talking about myself here. Nope, not at all. Smile.) But sit on those eggs you must, because while your patience may or may not result in baby chicks… if you DON’T sit on the eggs, you will DEFINITELY be chick-less.

(Who knew that bird analogies would be flying today!)

Waiting can be challenging. It can do a number on your head. So the trick is to keep moving forward. Unless looking back helps. It does sometimes, y’know? It can give you perspective.

So I’ll leave you with the thing that showed up one day in December when I was feeling like crap and have a bad case of “The Doubts”. Whenever that chip activates, it always drones on with the same damn litany:  “You’ve accomplished nothing and are a big fat loser.” Sooooo predictable! I’ve learned not to fall for it. Well, most of the time.

Funny how a silly little Google Year in Review can remind you that you actually DID do some pretty cool things… and will again, once the babies hatch.

Hey, don’t judge me, I’m entertained by these things!