Trading One Kind of Fire (and Camera) For Another

I taught the hubs to photograph. It was a smart move. Really smart. Because not only do we get to go out and capture the world around us and marvel at how uniquely we each see the same moments… he also is really good at photographing people. At family and friends gatherings, Joe’s photos are always better than mine – and I mean by a long shot! What’s more, he took ALL the photos of me for this website. Very handy.

So one night in Santa Cruz, we headed out for some fresh air and a sunset on the bluffs overlooking the Pacific. This shot was taken with my Canon 6D as sunset was winding down, campfires on the beach were revving up and long exposures were fun because you didn’t need filters to stop down the camera anymore. I love juxtapositions like that…

Right after I was done with that photo, I moved my tripod and Joe slid in for his shot. He didn’t feel like carrying his tripod that day, so made his own out of elbows. I thought it was such a perfect moment. He focuses so intently on his shots and I just loved how his elbows dangled over the cliff.

Plus, I shot this with my Sony A7ii and 10-18mm lens, with one hand, on Auto settings. It had just arrived, so I brought it along to play with that day. No instruction manual, just good old Auto settings (Sony’s are great) and hand holding, so we could bond. It’s all about the bonding. heh. 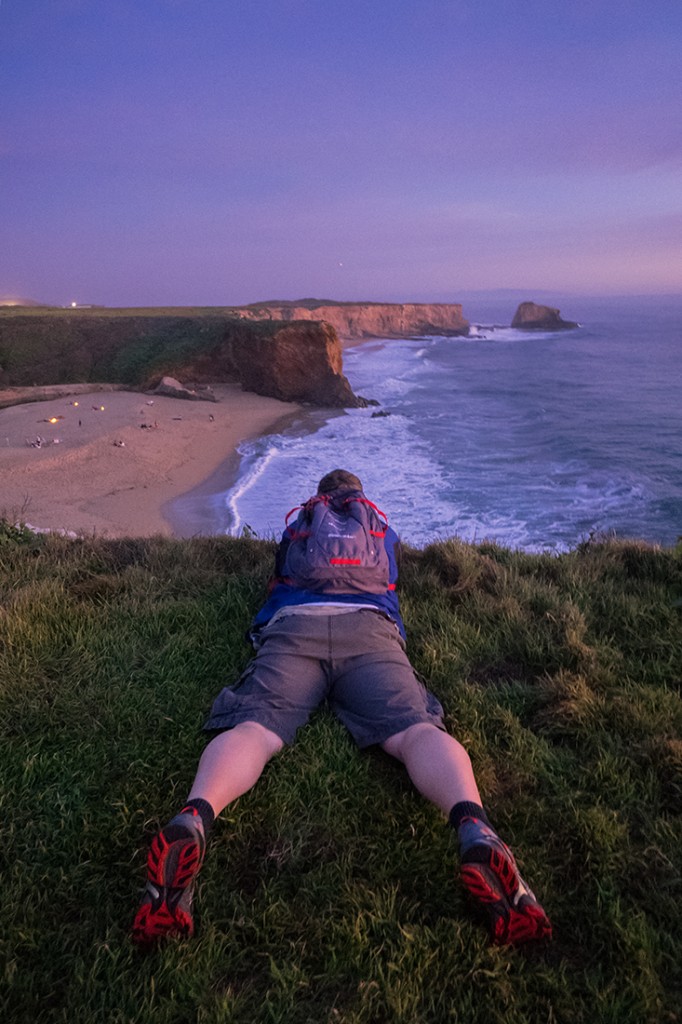 Earlier, we were just taking in the scene, mesmerized by the movement of the ocean below. It had been a loooong week, the fresh air was so nice. Joe looked so pensive – and truthfully, I thought of all the wonderful shots he’s taken of me, capturing the mood just right. So I wanted to return the favor of a “moment”. Sometimes that’s the only evidence that we were there… 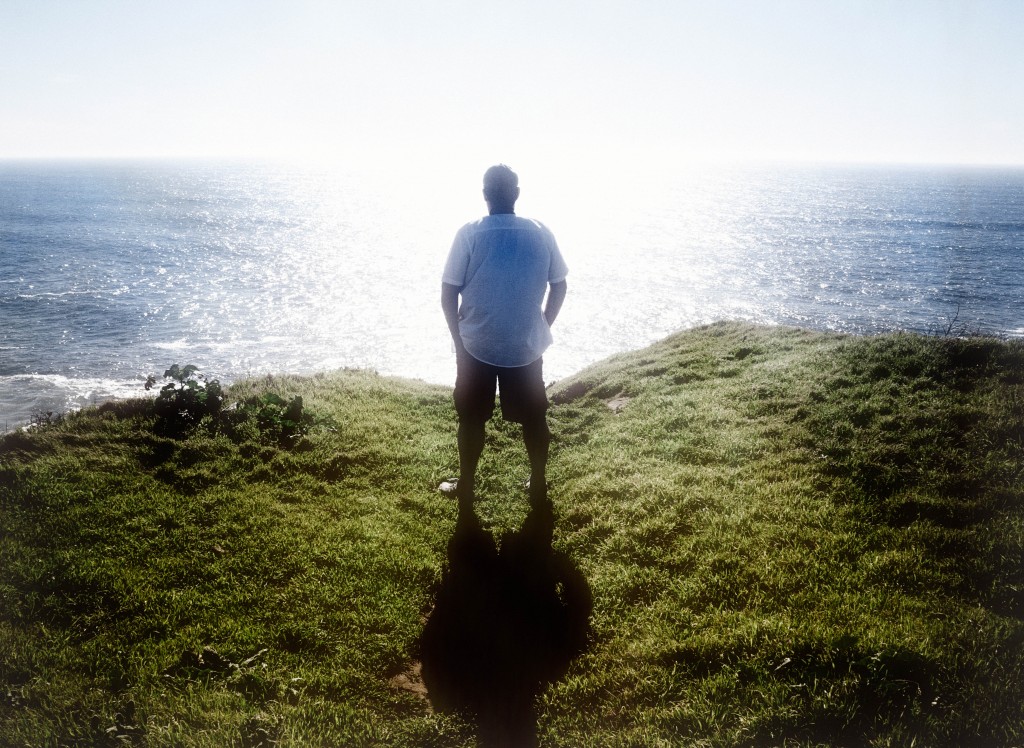