NOTE: This is a lengthier post than usual. It’s a summary of how the Fuji gear I took to France and I got along. (Famously!). It’s not meant to be camera “review”. It’s one human’s experience of being on a mission of art and heart; and the gear that helped bring it all to fruition. I’ve had a ton of questions about whether I’m sticking with Fuji after this… I think this will answer them all. 😀

Well, I’m back. Back from Paris, back from the glorious countryside of France, the incredible almost-a-month experience that began with some trepidation and ended with my not wanting to come home!

I had big ambitions to stay on top of blogging, video-ing, Periscope-ing, posting and all that ‘share every second of your life’ stuff we do nowadays. But y’know what? At a certain point I just had to surrender to the experience and let myself sink deeply into all that it had to teach me. There are times I just can’t talk about stuff; I have to live it. Words come later. This was that.

I went to France seriously in need of a break. Mostly from myself and the treadmill of self-made deadlines, high expectations; the pressure and anxiety spin cycle that I just couldn’t shake.

I’m definitely a believer in “wherever you go, there you are”… there’s no running away from yourself. But I also know that sometimes you have to change things up. Do something radical. Dip yourself in a new fondue.

So… Paris beckoned. Then it spoke; of passion, of art, of finding the wonder in all things. I listened.

Thus, filled with intent to experience miraculous and wondrous things, I departed. 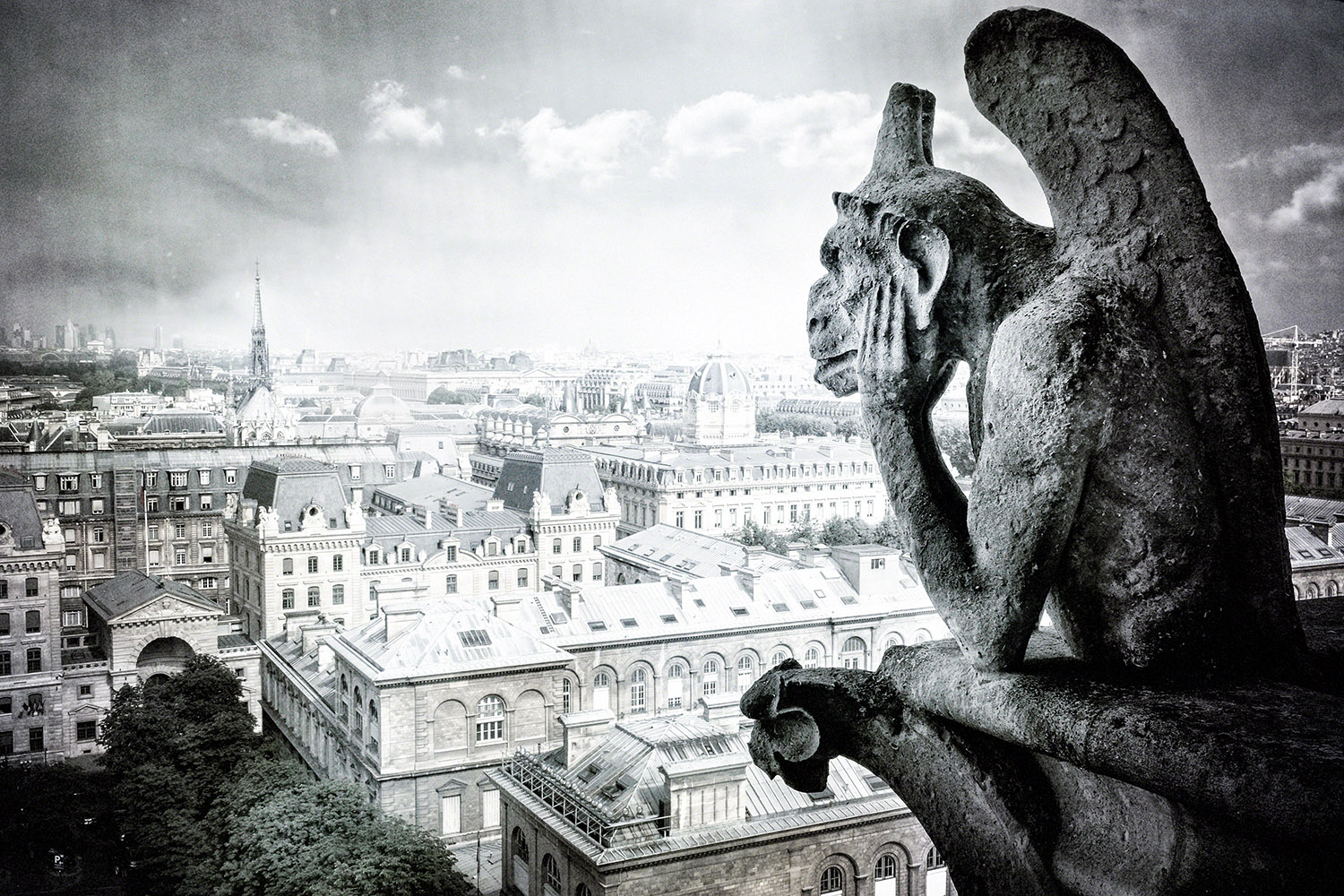 Hey, What About The Gear?

You may wonder what this all has to do with Fuji cameras?

Everything. Why? Because I’m a photographer. A light bender, a lover of life-as-art. I wanted to paint the picture of a journey of heart, soul and the unexpected miracles – and that  requires a unique instrument.  I didn’t expect a veritable paintbrush, mind you… I figured a lighter camera was the best I could hope for. But… BAM. I got the golden egg.

Those of you who’ve followed this whole DSLR brick to mirrorless DSLR journey know I started off simply wanting to find something lighter, with good enough lenses to cover the gamut of what I like to shoot. If I could get decent enough images… I could post process from there. But seriously, could mirrorless gear replace my Canon set up? Time would tell… 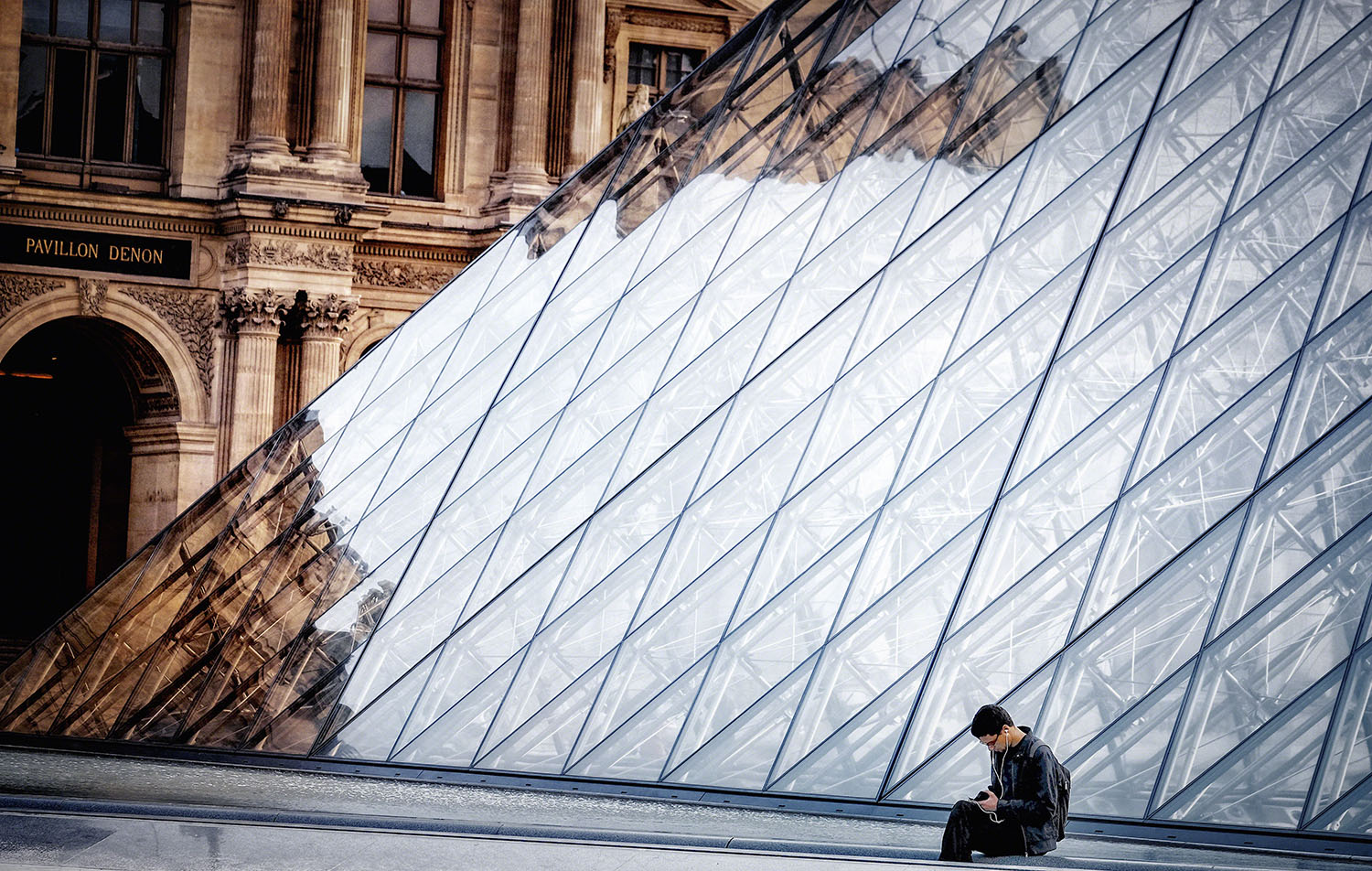 We all love our cameras. We’re passionate about them. There’s something about all this that stirs up a gladiator mindset. Camps are formed… those for and those against favored brands. The fight for supremacy ensues. Players try to sway the other guy to their team. There’s boasting, swaggering, waxing prophetic, shedding virtual word-blood.  It’s like a medieval fantasy HBO special. Personally, I don’t care about any of that. I just can’t muster for bloodsport. I want freedom, light and awesomeness. Is that asking too much?

My approach:
1. Figure out what you need.
2. Go get it.
3. Get busy creating. Preferably without yapping too much or hurting anybody.

I did my best to do this according to my own needs… and I’ve shared the process in hopes that it shines a light for you to do the same, independently of all the huzzah, hurrah and blah-blah of verbal swordplay over what brand is best.

So What’s All This About Paintbrushes?

Ok, I know it sounds daft when I talk about a camera as a paintbrush. But I’m all arty like that.

See, I’ve loved my Canon these past several years; it’s a tremendous technical instrument. The landscape world is about acquiring the “perfect” capture. It’s a calculated, precise and technical sport. I do love it… and Canon performed like a solid, predictable machine.

Thing is, I crave more. If I had a modicum of talent for it, I’d paint. But I want to bend light, so cameras it is.

After nearly a month creatively stretching myself and my gear in France, I started to think of my 2 Fujis: the X-T1 and X-T10 as paintbrushes. Maybe it was the French air. But to me, these little dynamos began bridging the gap between vision, experience and expression in ways I only dreamed of before now. 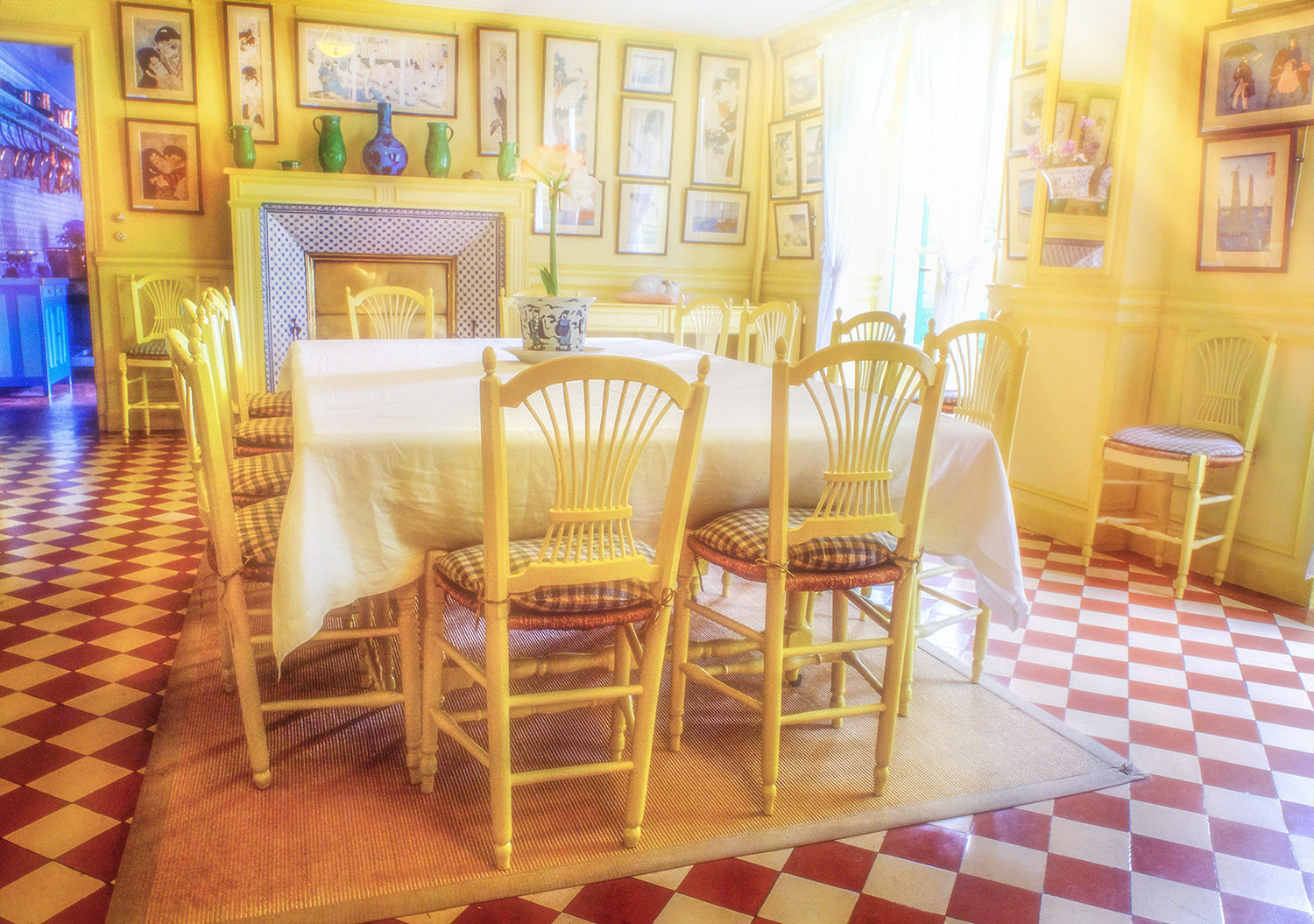 And so it is with Fuji more than any camera I’ve used or owned. From street to architecture to travel to artistic fancy to landscapes… it became this thing where if I could see it, I could paint it in light.

My Canon allowed me to technically and efficiently capture a moment, such that I could go home and process it into a final result.

Fuji captures the spirit of the moment itself. Both technically and artistically.

This is why it was the perfect tool for France – and for me. I went on a journey to re-discover a deeper sense of art, expression, self and Light… Fuji was apparently created for just such a mission.

OK, But What Is It, EXACTLY?

Yeah, I know I’m being all poetic and stuff. But hey, I’m still coming back from my walkabout-of-the-soul!So let’s get down to brass tacks. You can Google Fuji specs for both cameras… loads of proper reviews out there too, like the ones Gordon Laing does at Cameralabs. And here’s the Fuji site’s rundown on the X-T1 and the X-T10.
For here though, I’m going to keep it personal. I started making a list on my trip, as some sort of attempt to explain to MYSELF why the heck I was acting like a girl in love to a couple of damn cameras!

What I love most: FREEDOM!!

Oh lord, freedom from size and weight pinning me down, from high ISO noise, from being pegged as a photographer when out amongst the populace. I took them EVERYWHERE, something I could never do with my Canons. I feel like I’m getting my mojo back. Whew! I was starting to worry…

In no particular order, here’s what I came up with:

FOR INSTANCE: This image is SOOC (straight out of camera). I did nothing to it. Nada. Zilch. It was taken with my X-T1, 55-200mm f/3.5-4.8 lens, ISO 1250 with the film simulation “Velvia” (which is a Fuji film). I didn’t even see that little spider on one of the top stalks until I was looking at the images on my computer. 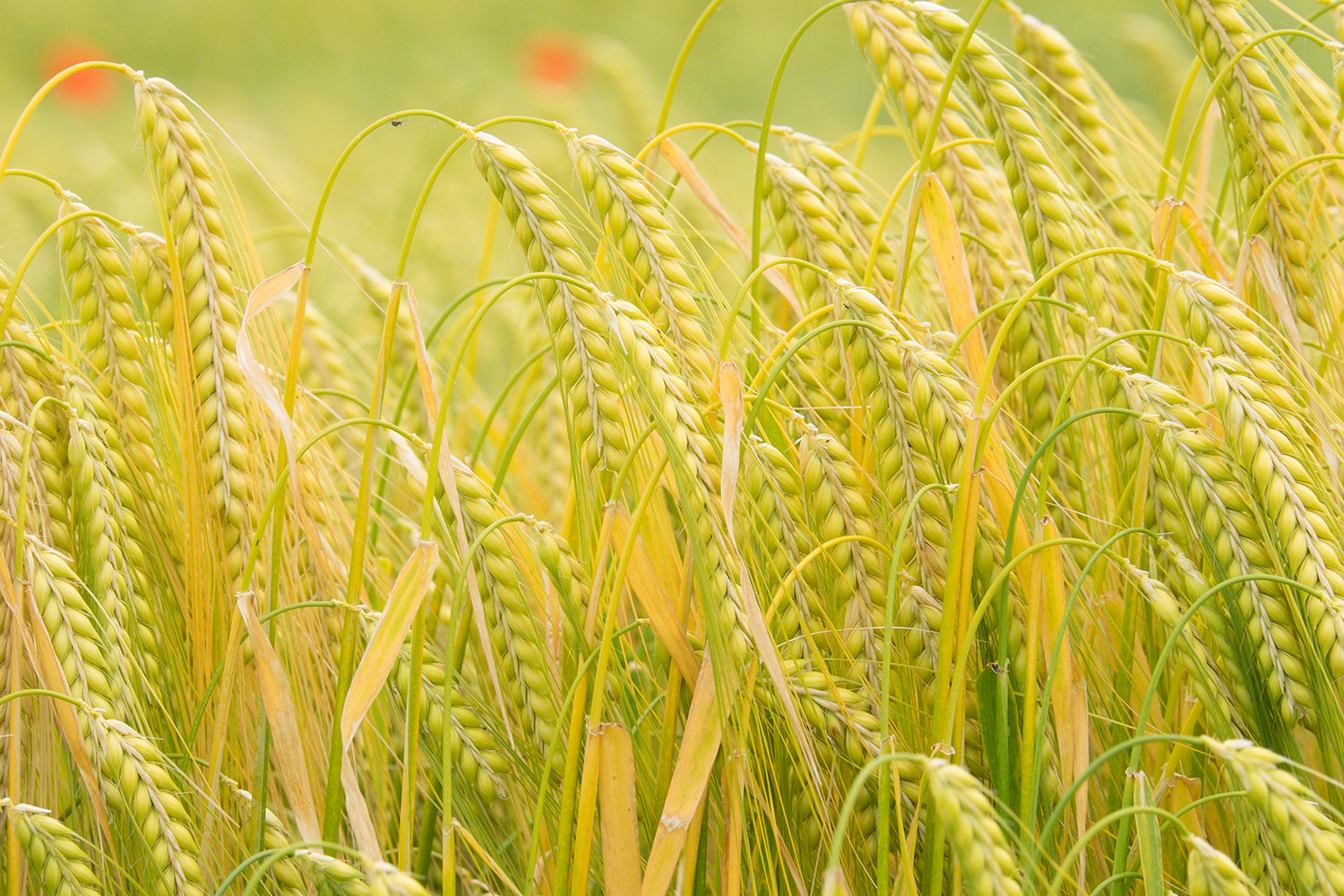 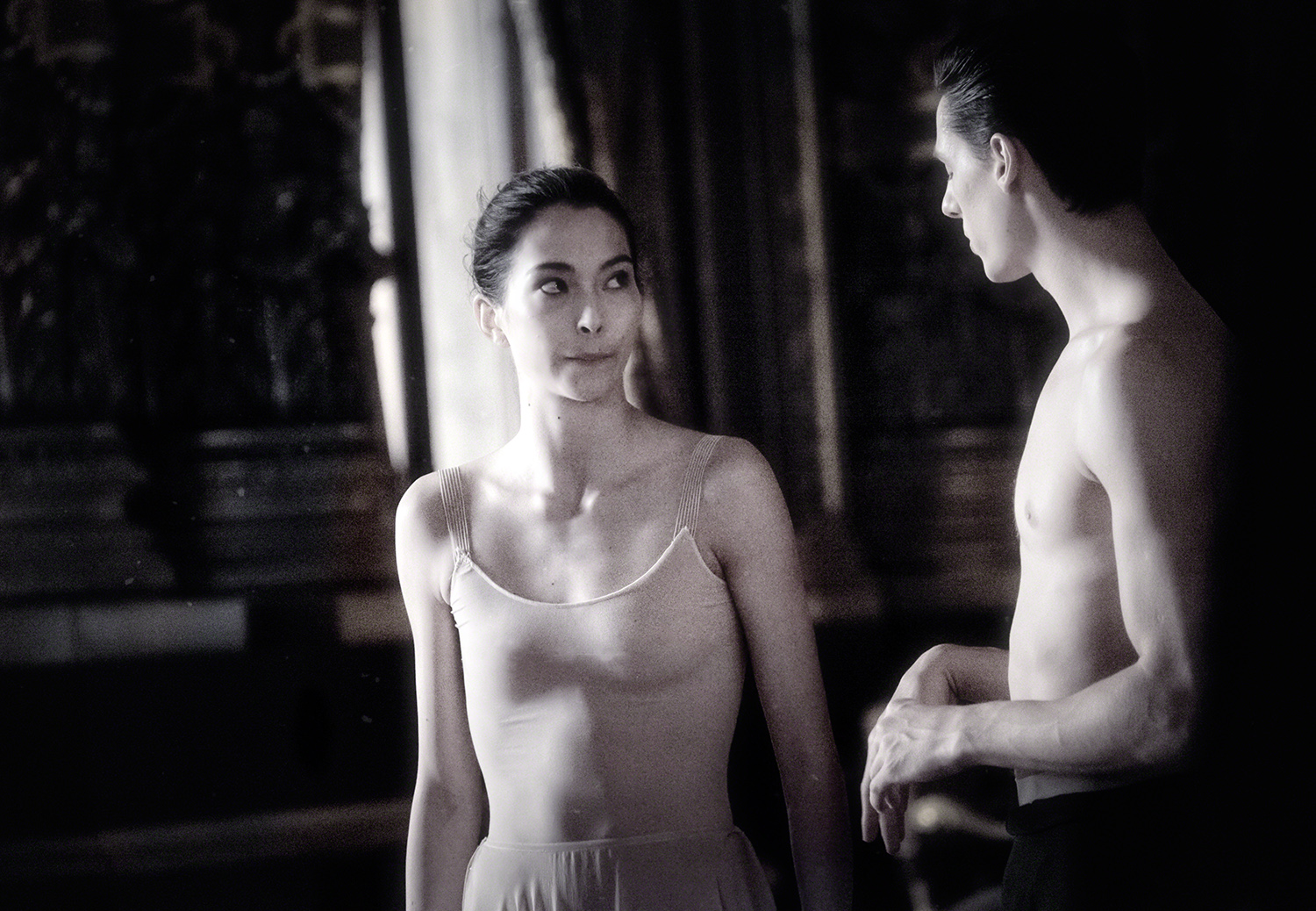 CASE IN POINT: This shot of from the top of the Sacre Couer was taken with my Fuji X-T10, 16-55mm f/2.8 lens, ISO 200. It’s a single JPG. Some folks (including me) wondered what happens when you process these images. Do they hold up? Ummmm… yep. They seem to do just fine. 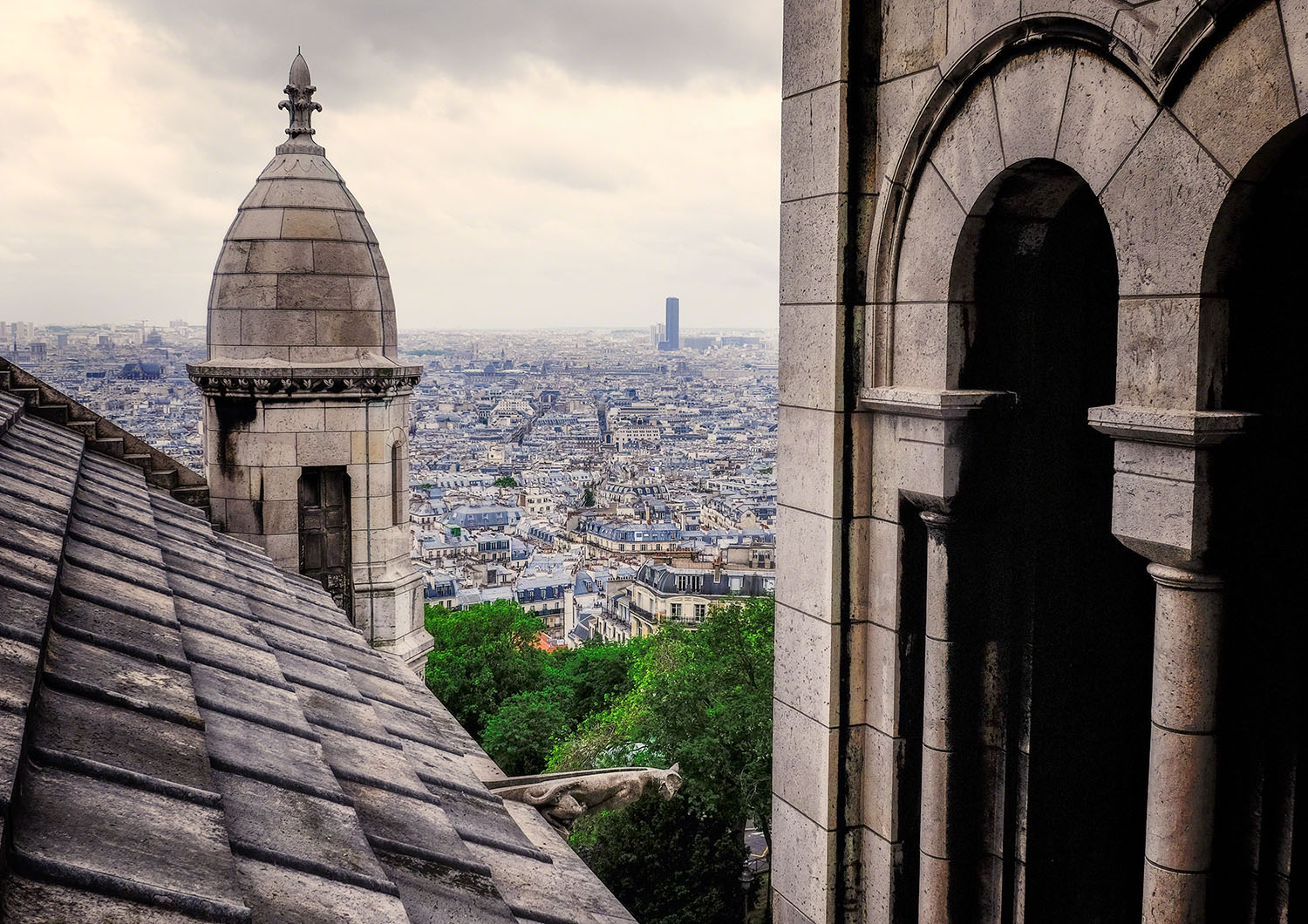 A Few Other Notes:

XT10:It’s FAST! Fast focusing… and fast in that interim between turning on the camera and focusing on your subject.The electronic viewfinder is not quite as fast (yet) as a standard one… but I couldn’t believe how close to real time it is. It took a very minor adjustment on my part to capture the dancers at the Opera House… as well as just the part of people’s strides when they walked.  That’s been one of my beefs in the past with electronic viewfinder, but the X-T10 just about has this whipped.It’s smaller and more compact than the XT-1, but the images are every bit as great.

I understand it’s minus some of the features of the XT-1, but I didn’t miss them, whatever they are.

I did miss the left ISO dial. That’s one change from the XT-1… it just takes a little getting used to. But I was able to switch between the two cameras easily, with no missteps. I pretty much always carried both cameras at all times.

I think the shutter could be way quieter. Even with the sounds turned all the way down, the X-T10 wasn’t as stealthy at the X-T1.Not crazy about where the SD card is located, on the bottom accessed by the same door as the battery.

BOTH CAMERAS: Can’t get over the low noise, at high ISO or otherwise.

Sharpness – it just has a special quality.
Dynamic range – game-changer for me.
Unique look and feel of images. “Buttery exquisiteness” keeps coming to mind.
Handling of the cameras – I felt at home with them from the get-go.

Overall, not so crazy about:

Battery life: I think of batteries now like Chiclets; small and need replacing often. But they ARE light, so I just keep a few extras on hand at all times.

The panorama feature; I’ll stick with my iPhone for quick, automatic ones… for full res panos, I’ll make them myself.

After close to a month of having them in my hands every single day… I only fell in love with my Fujis more.

Next up: Landscape exploration. I haven’t had a chance to do too much of that yet… but that’s next on my list! Suffice it to say I’ll only be carrying lady Fuji out there. I expect great things. Stay tuned… 😉 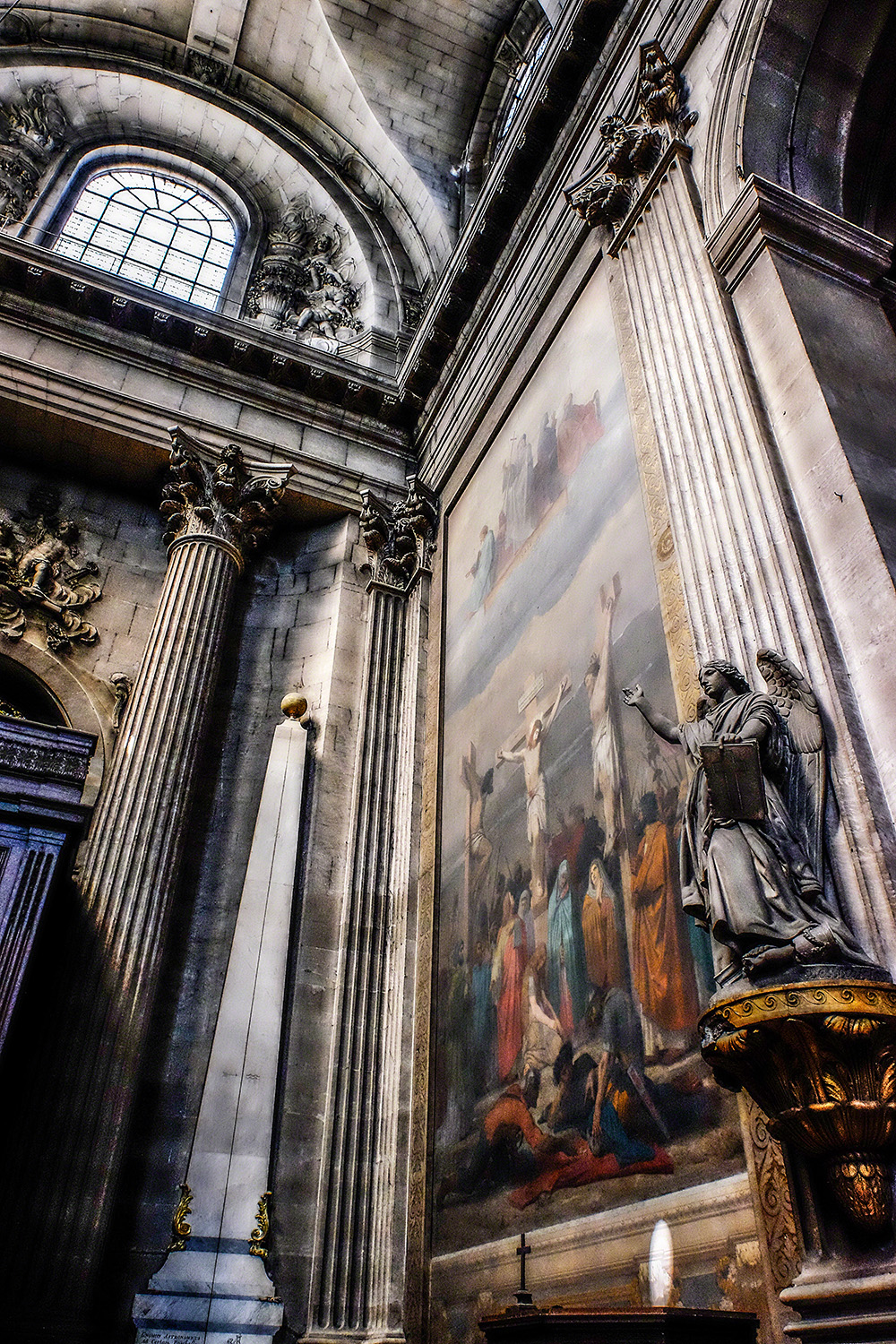 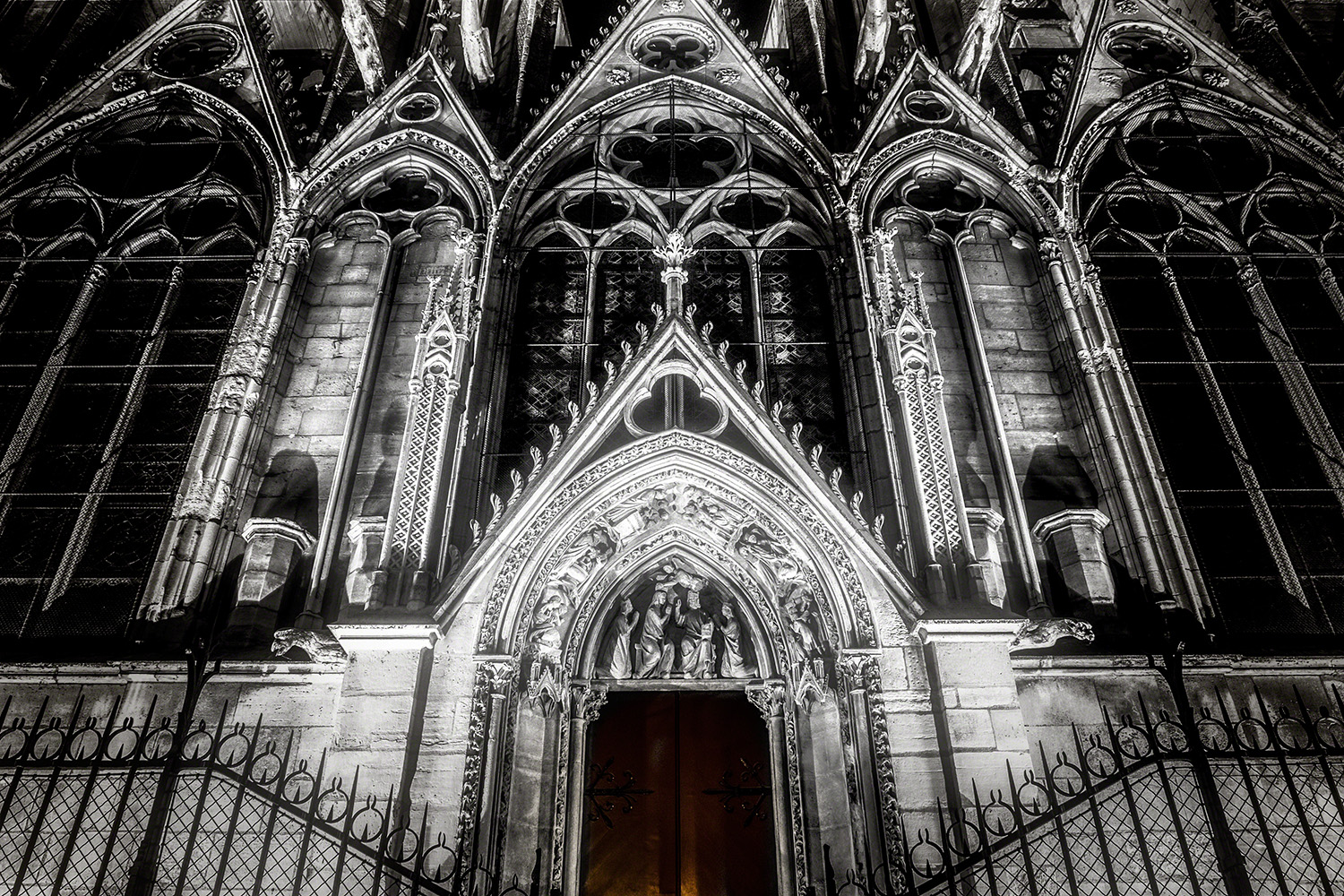 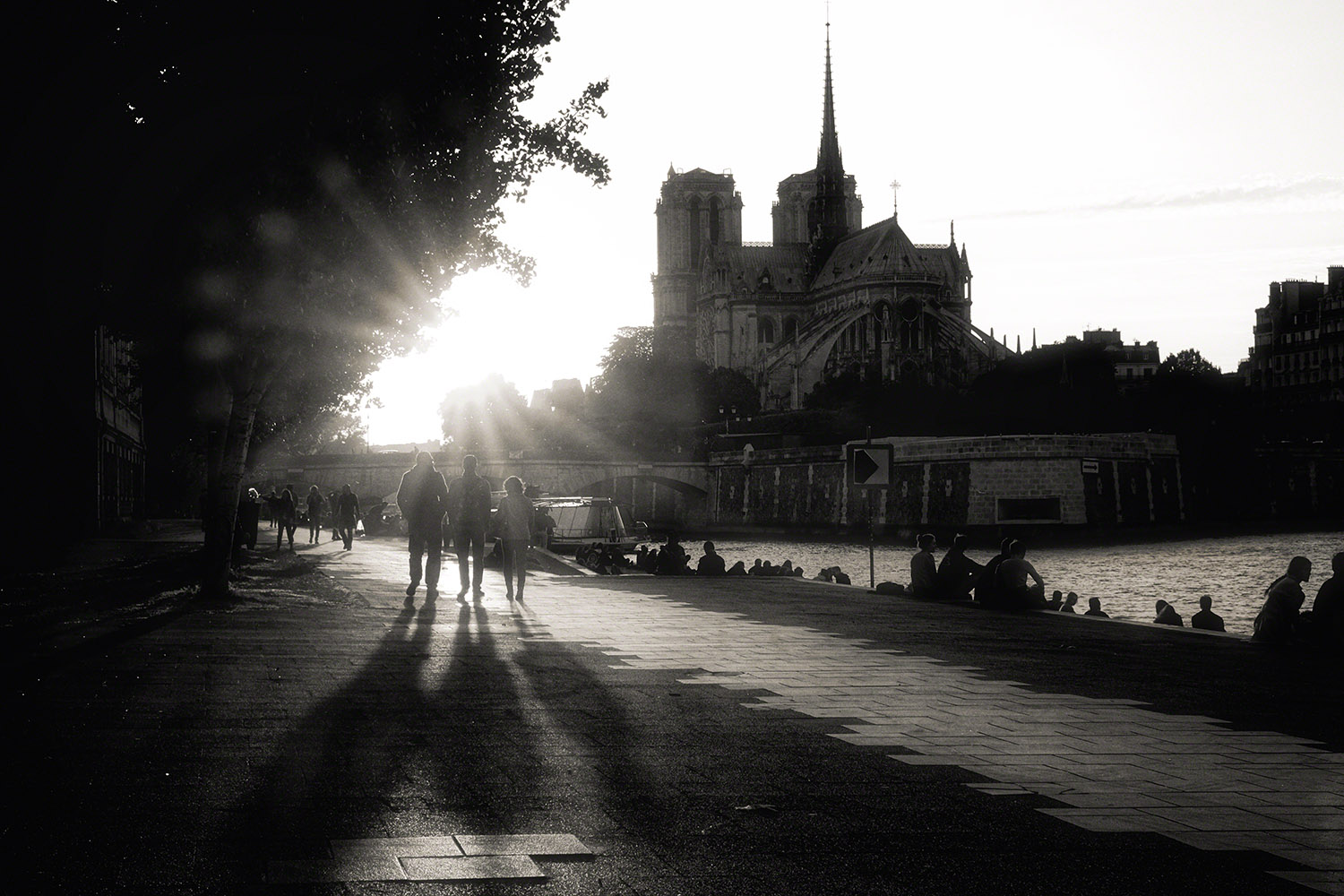 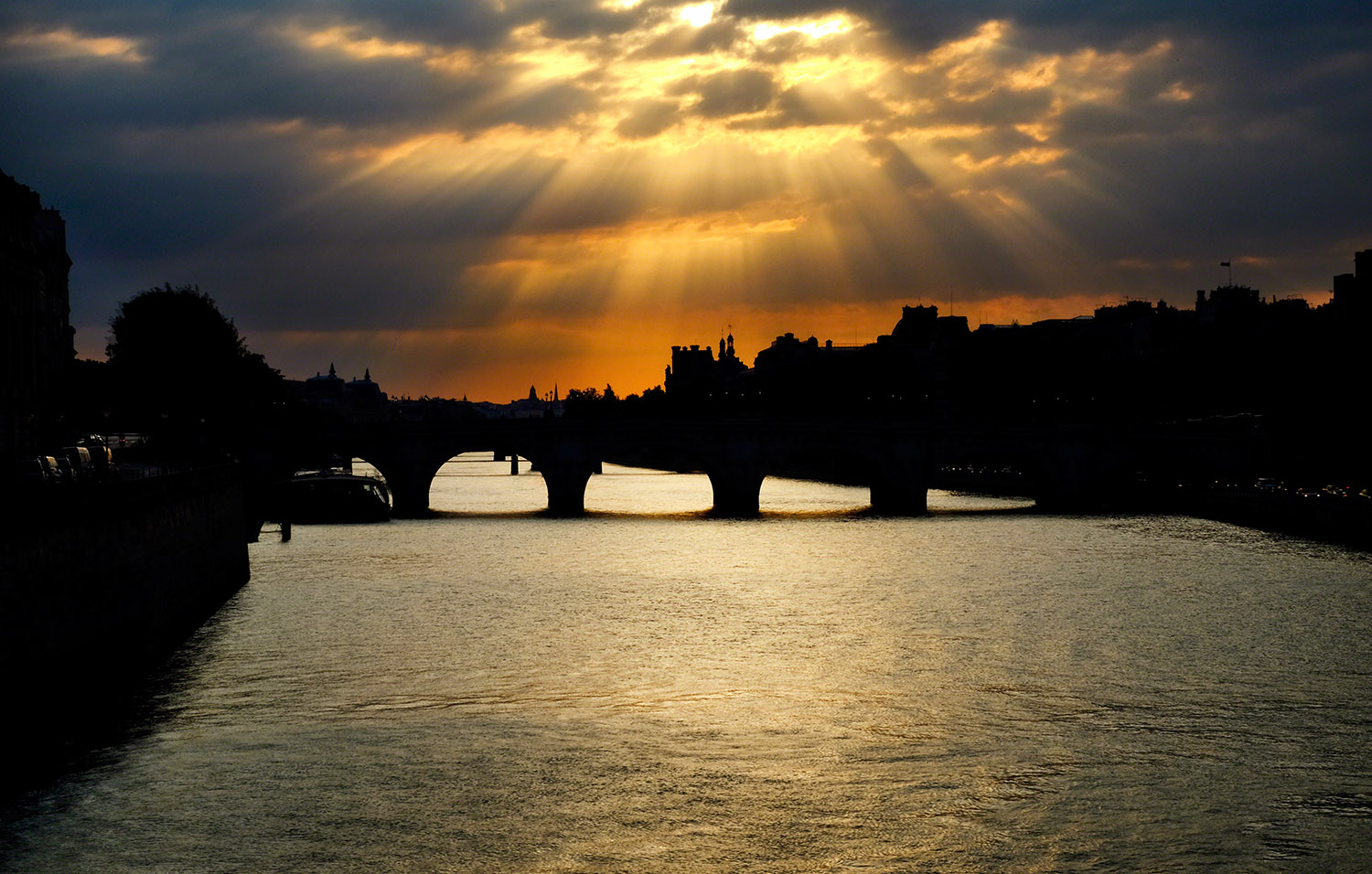 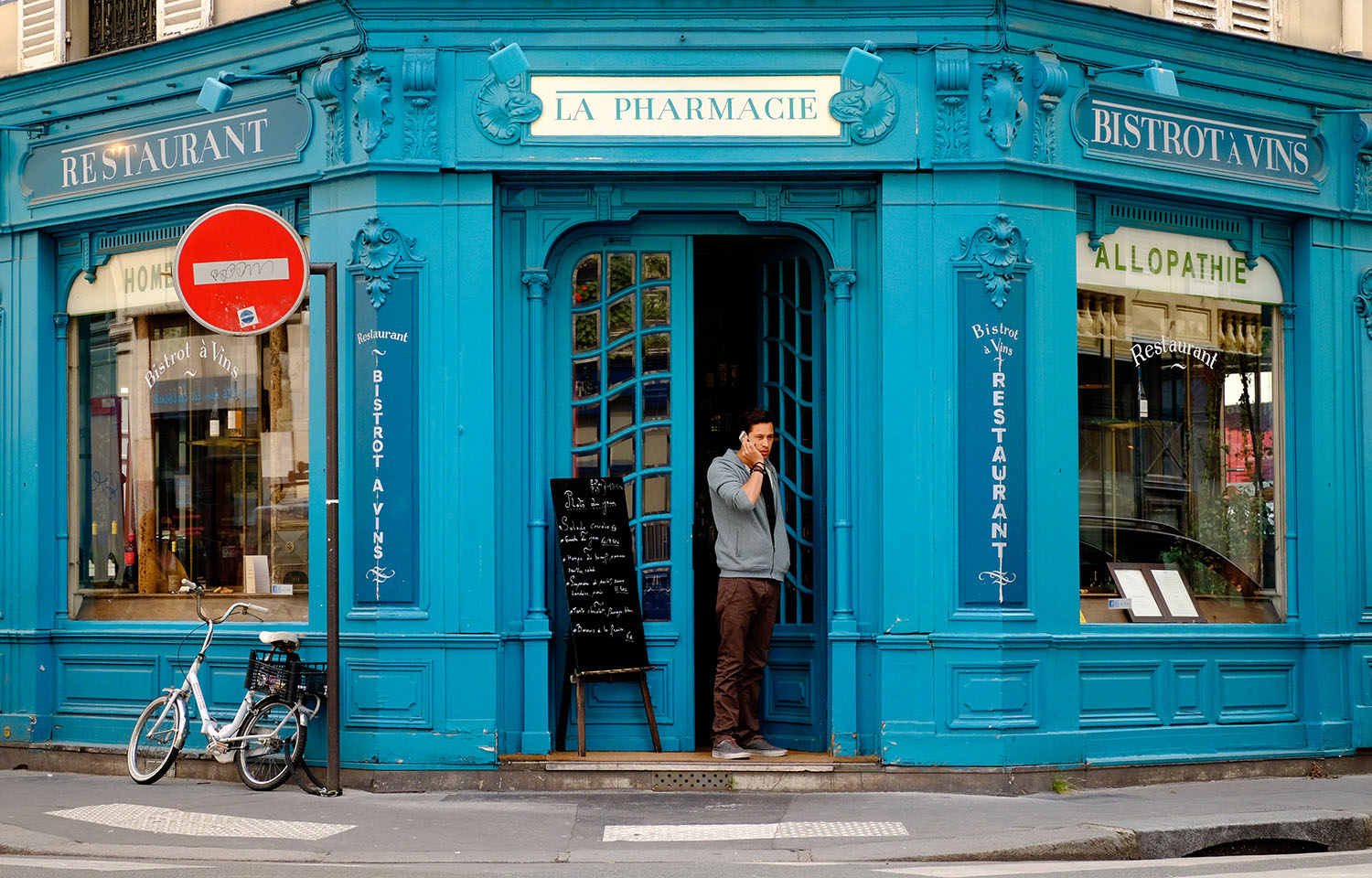