OK, so it was a Monday, but nevermind that. Do you recognize this man?

Neither did I at the time. But now; to me, he is utterly unforgettable!

I spent one… make that two… of the most memorable mornings in Central Park with Paul Loeb and his marvelous wit, humor and awesomeness. And it was all quite by accident! (if you believe such things. Heh.) 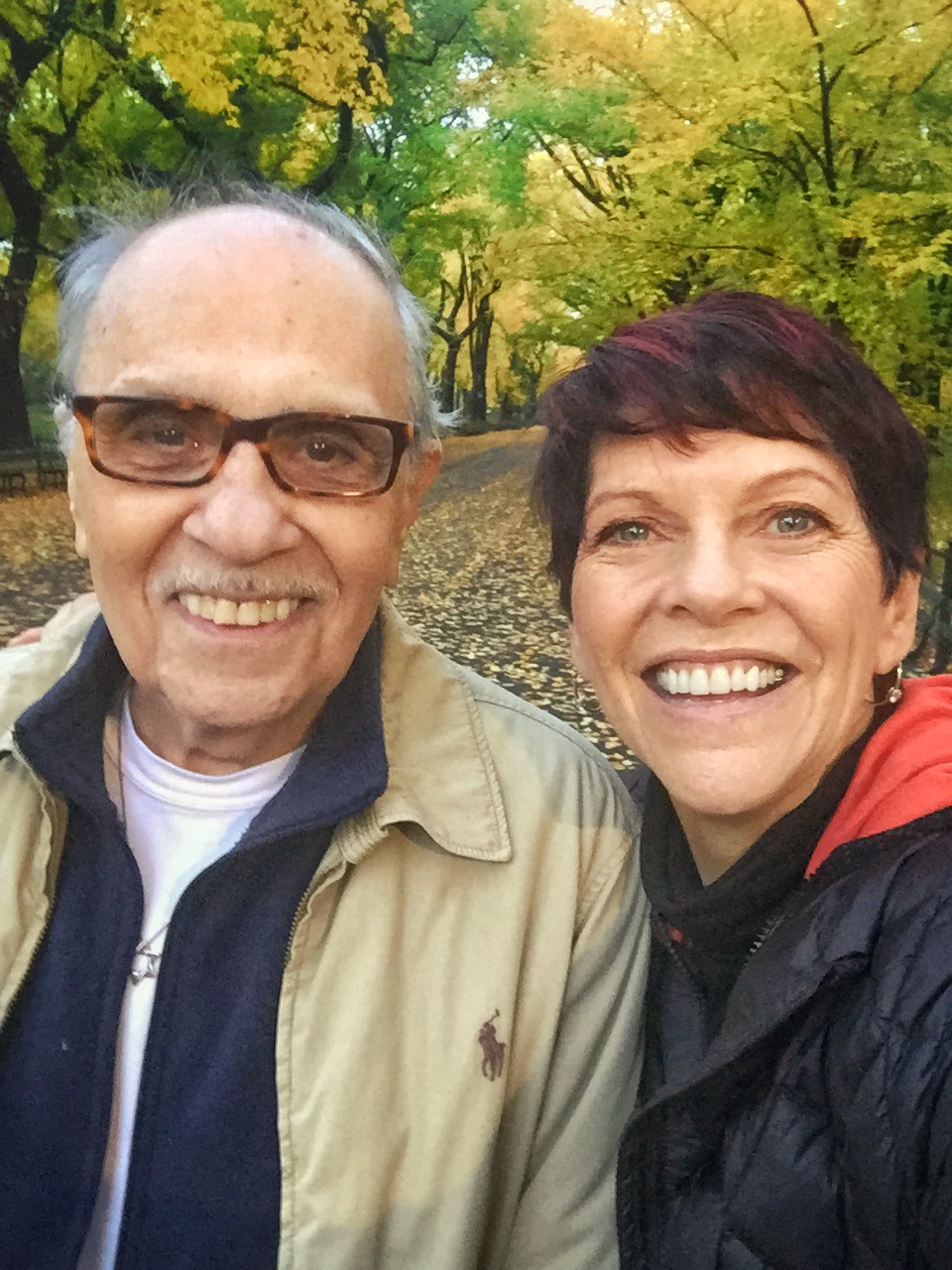 So there I was, up at 5am to hit the park by first light. The colors this fall in New York were freakin’ amazing – and I wanted to shoot The Mall without a ton of sloppy tourists and grabby vendors marring my moment.

The Mall is one of the most photographed spots in the park. To do something even remotely original means either hit it in a snowstorm or in the full flame of autumn when it rains. Timing is everything!

The only people I saw out at that early hour were runners and dog owners out for their morning constitution. They all seemed to know each other; it was a downright neighborly feeling. I felt like I’d stepped into another world and couldn’t help smiling; this was so much fun!

He Stepped Into My Frame…

I set up my tripod and took a few images. It was still darkish. I liked the streetlamps that were still on… but really wanted a bit more light in the trees, so THEY would pop more. So I just hung out for awhile, people-watching and listening to the morning get started around me. 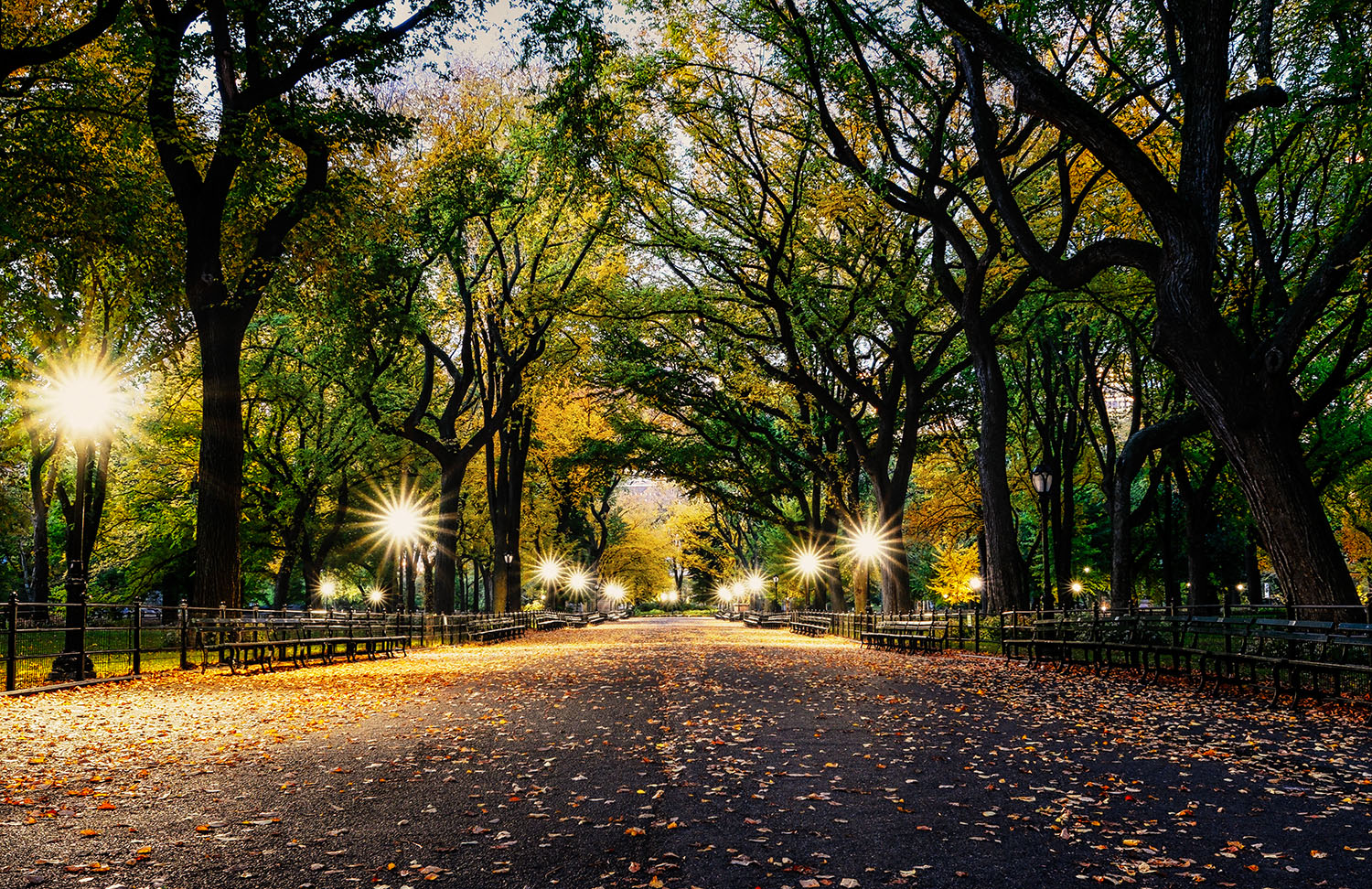 On one of my checks in the viewfinder to see if there was anything new in there, I sensed someone stop right off-camera and look at me. An older gentleman, with the crackle of life and wit in his eyes and something to say.

“Am I gonna mess up your shot if I walk down there?” he asked, motioning ahead.

“Nope.” I said. “I pretty much got my shot, I’m just hanging out enjoying the morning. Go right ahead.”

He nodded. Then added “Cause I don’t to ruin your shot.”

I smiled. “Honey, you’re not gonna ruin my shot. You might just MAKE my shot!”
I think you had to be there for the full effect.

But that was all it took. A smile and a joke and we were off to the races. I can’t even remember everything that volleyed back and forth next… it was just fun and funny, like friendly verbal volleyball. The ball never dropped!

He told me he was 80 years old and walked here every day. That everyone in this early morning crowd knew each other and looked after one another. That he was an author and had written 12 books.

I blinked in surprise and asked him: “What’d you have to say that it took 12 books to tell?”

He said “I’m an animal trainer.” Oh, I was hooked! His name was Paul Loeb. He was one of the first animal trainers to do the TV talk show circuit. Merv Griffin, Dinah Shore… those talk shows I’d grown up watching with my mom and LOVED.

Paul said he had an Amazon page. I pulled out my phone and we looked him up. This was the book and cover he pointed at. (Click it to see his Amazon book page with ALL of his titles. Impressive!) 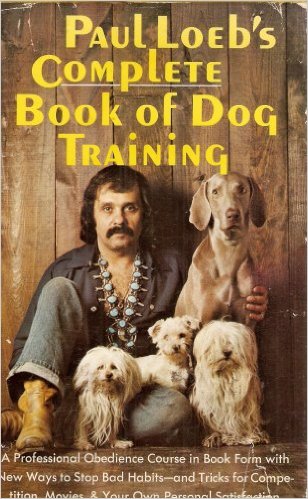 “There. That was me.” He was clearly and rightly proud. I was impressed.

I looked up at the smiling, witty gentleman before me with the serious, then back at the 70’s guru on the phone.

“You look so serious here!” I told him.

I looked again, longer this time. “I know why you were so serious. Your neck was killin’ you from that frickin’ 50 pound squash blossom necklace!”

I loved it. Every bit of it. The laughter, the banter, the oh-so-human connection with this precious and delightful gentleman in the middle of a gigantic city. What are the odds?? I wanted to freeze this moment forever!

After a bit, we said goodbye and went our separate ways.

About a half hour later, I gasped!! I was so taken with the entire experience I hadn’t even taken his picture! No selfie, nuthin’!! WTF??

I kicked myself. Then took it back, cause it was mean and kinda hurt. I promised myself one more morning out – and thought maybe I’d get lucky and see him again.

It rained hard the night before. I’d been out in it, before it got too dark to photograph without a tripod. My feet were were soaking wet when I’d finished, but didn’t care. It was stunningly gorgeous and I vowed to get up early the next day to finish the job. With my tripod. My last day in NYC.

So many leaves had fallen in the storm it was like a golden carpet everywhere! The rain had stopped, but everything was still wet, making the colors deliciously rich and vibrant, even before the sun was up.

I headed for The Mall, since I wanted to make sure I left with The Shot. Every day is different… and the storm was sure to have worked done untold wonders. Indeed it had!

Then… I arrived to a group of photographers set up in a solid line across the entire walkway, blocking the whole thing. Nice. I waited a few minutes, to see if they’d move. But nope… they had staked their claim and were camped out. So I did what any self-respecting fool would do; I ducked in under their cameras and got my shots down low, only messing up a couple of their shots. Oh well, they’d get over it. I crept back out the way I’d crept in. 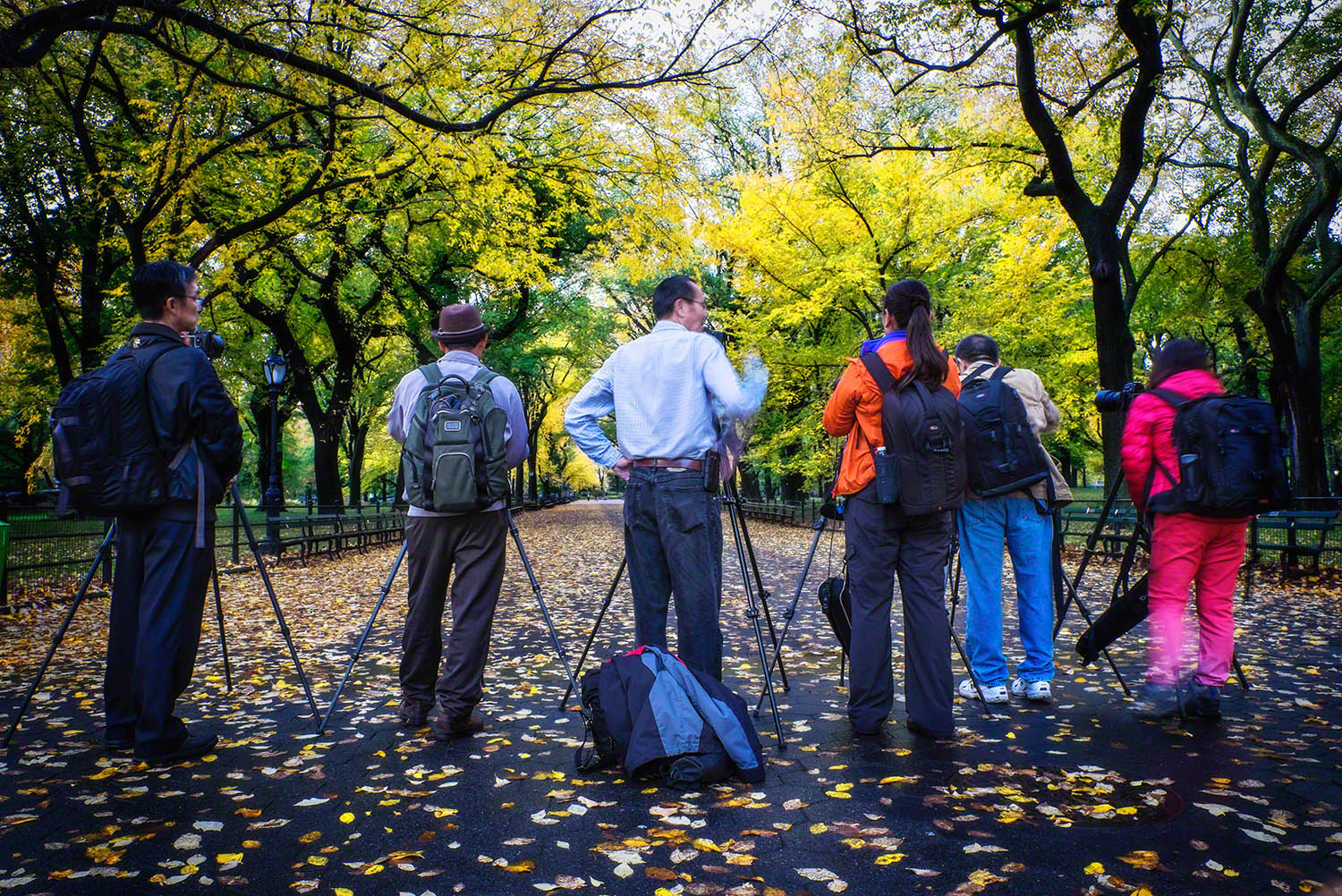 As I was deciding where to go next, I stood off to the side, admiring the scene, the colors, the beauty. The New York City Marathon would be happening in a few days, so there were LOTS of runners too. Individuals, teams from the U.S. and other countries too. A true New York City Central Park morning. I sighed.

Then I looked over and saw a familiar figure walking away from me. My heart leapt.

“Paul?” I called out. He turned around and smiled his big wide-open grin.

“HI! I wondered if I’d see you again! We never got a selfie the other day… I can’t go home without my selfie!”.

That’s how I got my picture with Paul Loeb.
This morning, he was with his buddy Bryan Oliphant, a fine art dealer – and his greyhoud dog, Zip. Who was, of course, perfectly trained.

I learned that most of the dogs were perfectly trained too, as one by one, their owners stopped to say hello to Paul, doggies waiting for an invitation to come over and say hello too. Some were smiling, some wagging their tails and wiggling all over.

Clearly Paul has the same effect on dogs as humans. 😀

Having lived in the city all of his life – and here by the park for 25+ years – he’s trained more than a few of the resident doggies and their humans. It was an awesome thing to see.

After that, Paul, Bryan and I hung out and shot the breeze for awhile. They ribbed each other, I ribbed them, we had a most companionable time and visit.

I took a couple pictures of them too: 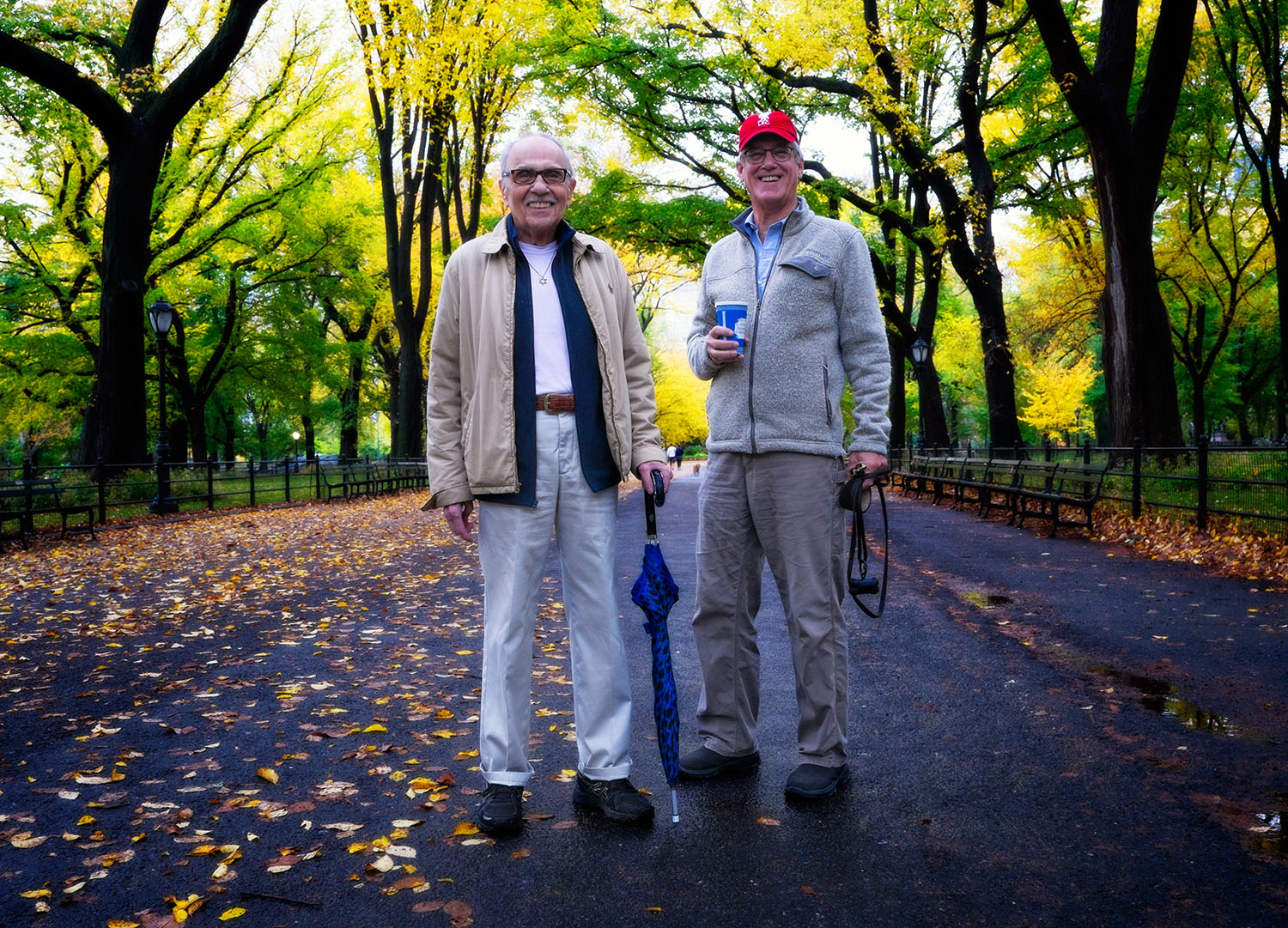 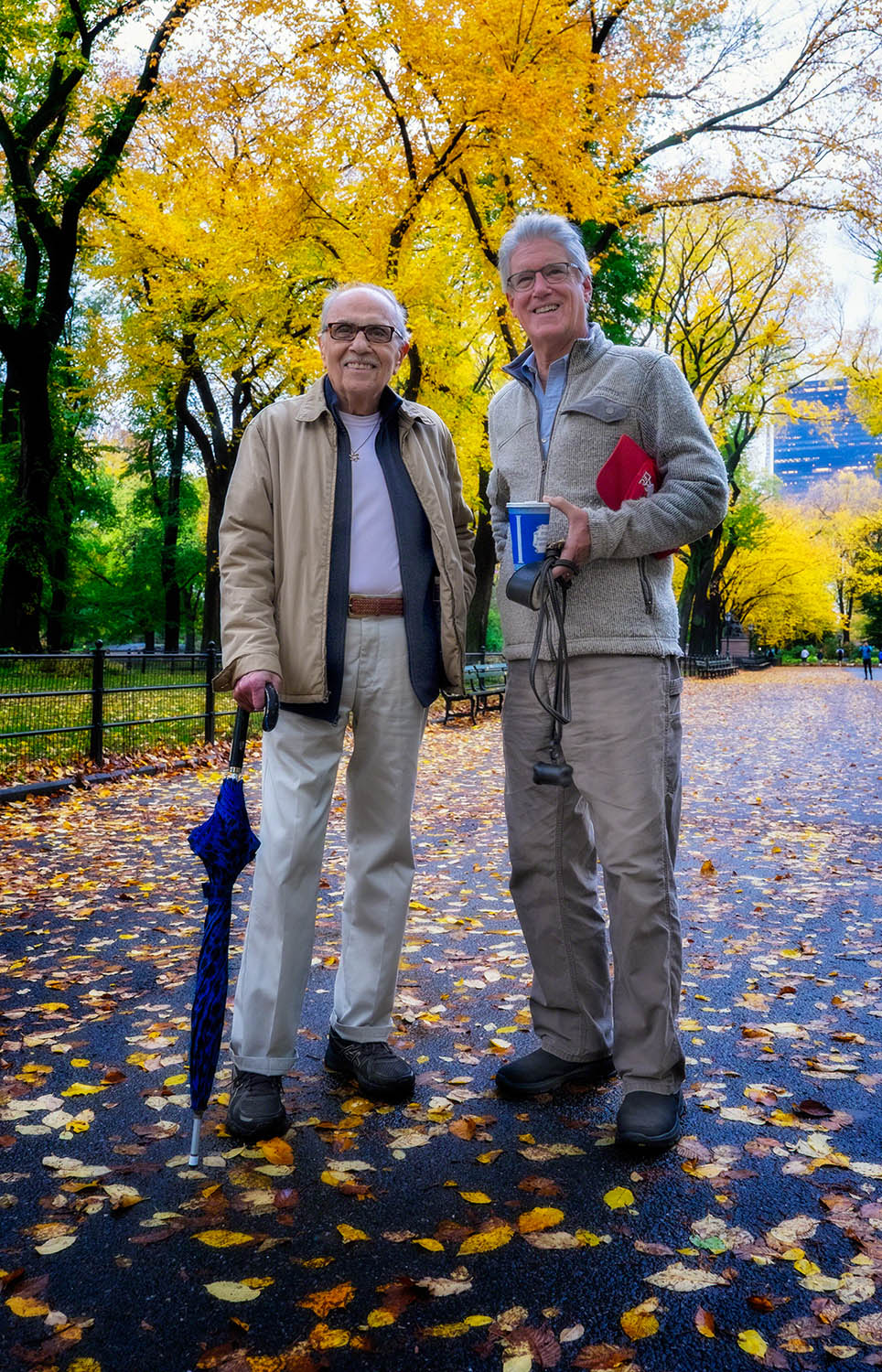 When it came time to leave, I promised I’d send them the photos. I still need to do that… and will, as soon as I’m done writing this.

I’ll share this post with them as well. I sure hope it does justice to just how special our meeting was!

Paul Loeb is one-of-a-kind. His huge heart, wit and loving way with all creatures made an enormous impression on me. I hope I can leave a legacy like that in my own way. I hope that when I’m 80 I’m the kind of inspiration to others the way he now is to me.

He is one of my newest heroes. For that, I am so grateful.

Here are a couple of the shots I went on to take that day, my heart singing… the colors seeming more vibrant than normal, the birds chirpier, the people nicer… 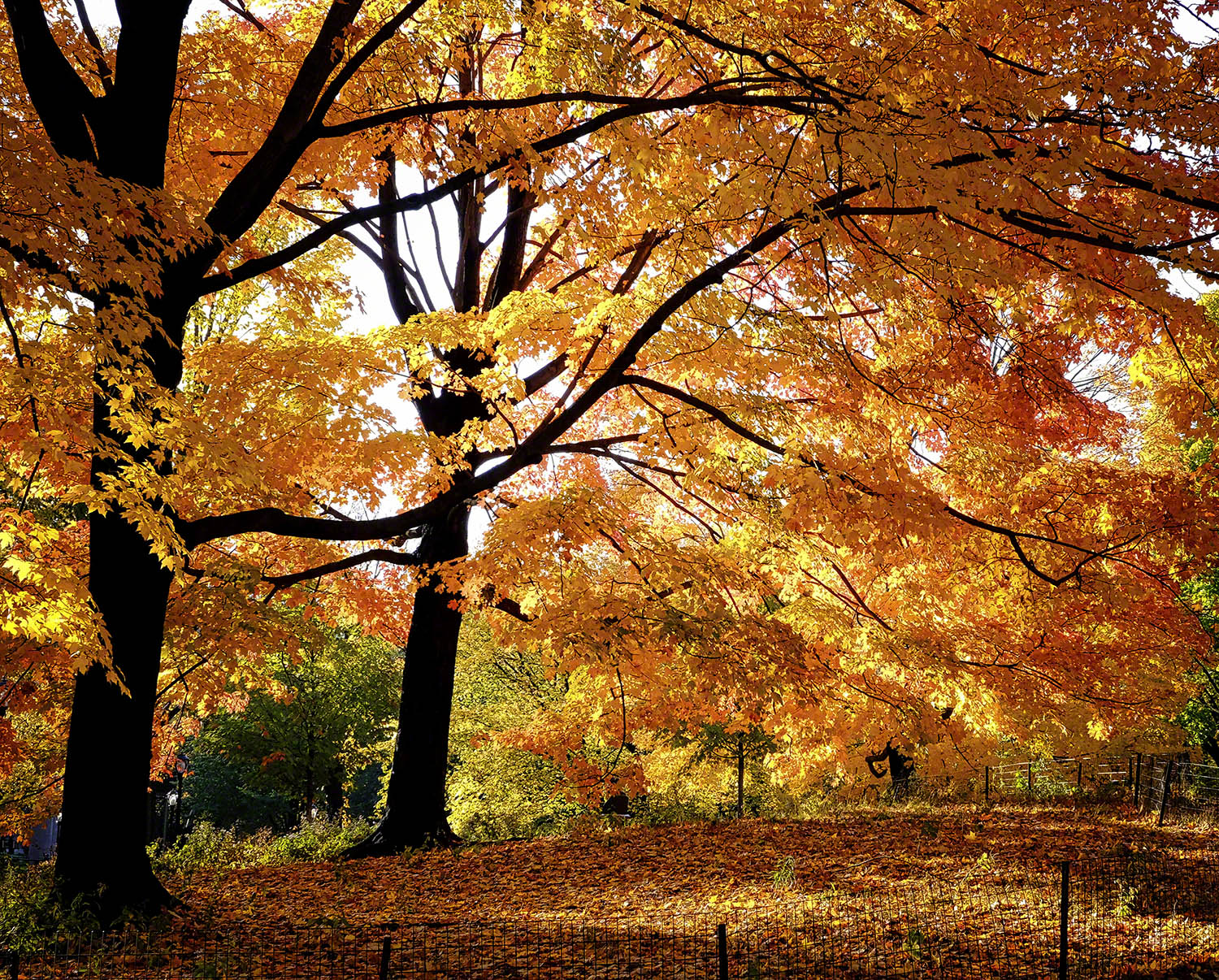 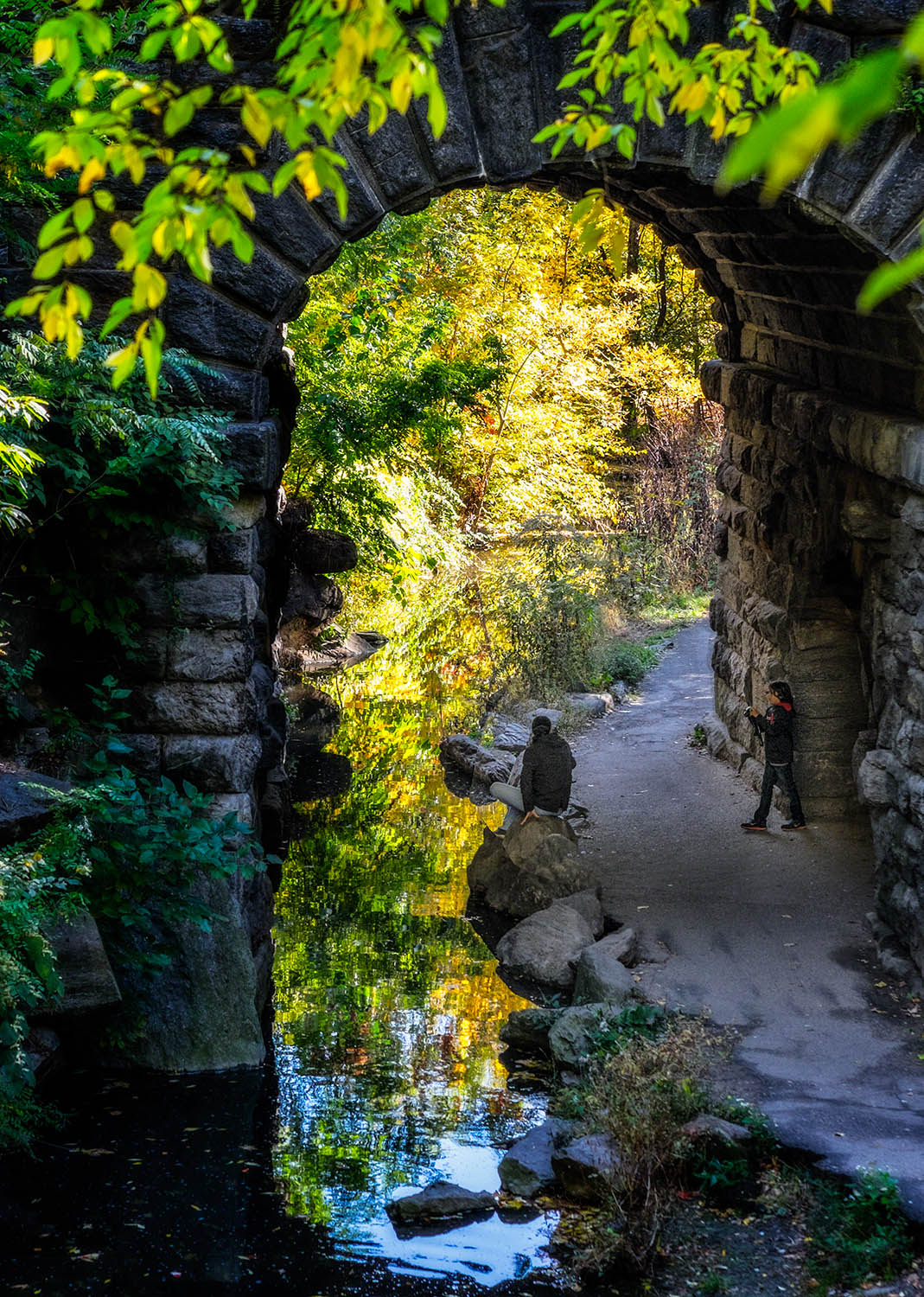 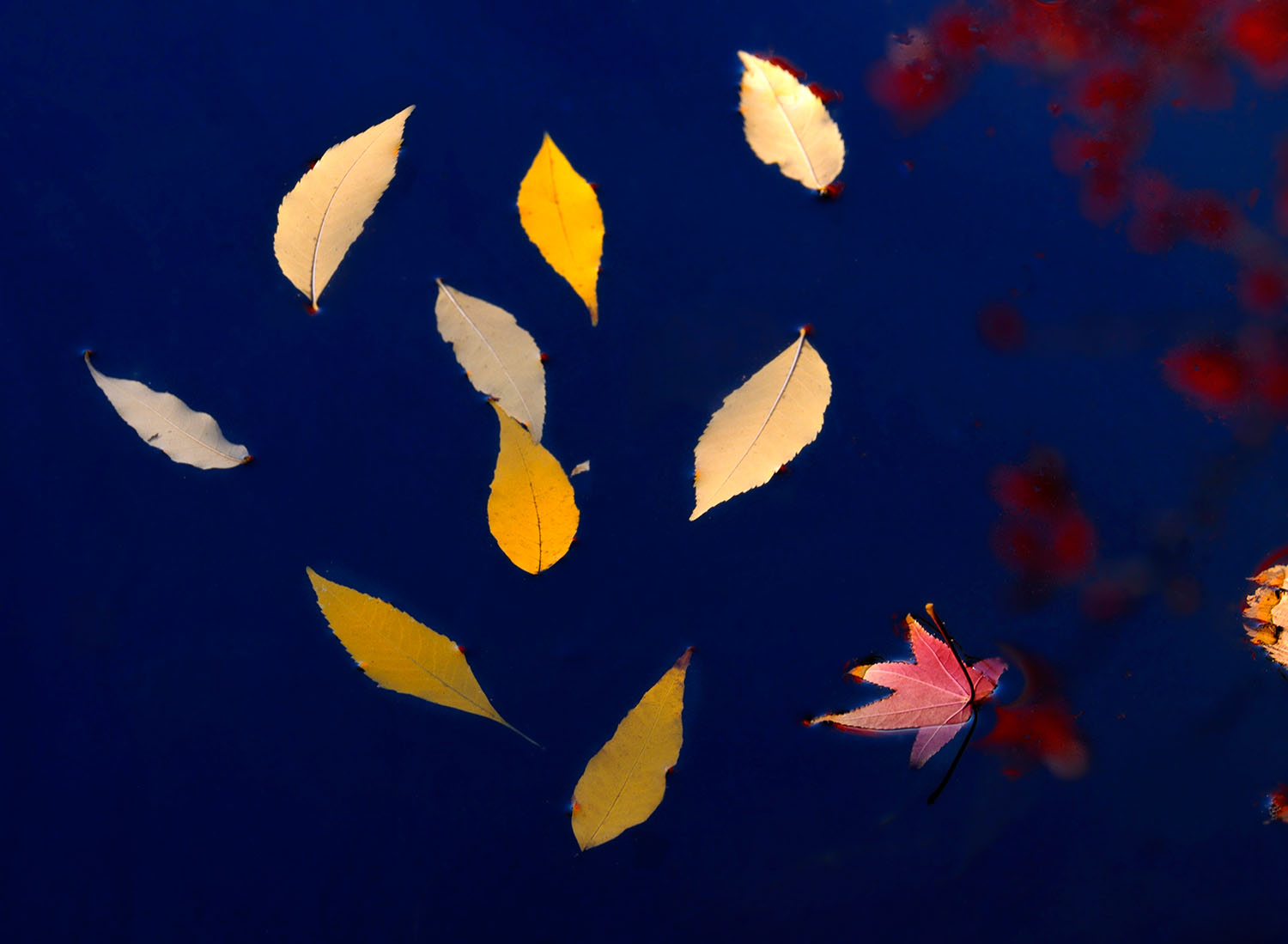