Postcards From France kicked off in beautiful Strasbourg. But first… I had to get there from Frankfurt by myself with an injured back. My hubby Joe had been with me for a week, which was beyond awesome! I’d been missing him so much – and we had a blast with our self-proclaimed Castle Tour through Germany. He also helped me with luggage and did all the heavy lifting that I wasn’t able do as I hobbled around in mega pain.

This day, he left for home on an early flight out of Frankfurt… I headed to the Flughafen train station, managing my bags by myself for the first time since I hurt myself. Things were not feeling better – and I felt unaccountably sad and really, really homesick. (truth be told, I all I wanted to do was go home at this point.)  I was in SO much pain… with an entire month to go on this (seemingly endless and) incredible journey. Not one of my über scoobiest fist-pumping days, to say the least.

But like my mom used to say… “It’s only temporary”. Something I did my best to remember as I sucked it up and hobbled my way through the day to my next destination.

The story I didn’t record on video:

Getting to Strasbourg from Frankfurt involved changing trains. Should’ve been no biggie – except that I missed my stop by mere seconds! I had NO idea what to do, since that had never happened before and there were no railroad employees to be seen anywhere to help. (Note to self: you have 30 seconds to get out at any given stop before the damn doors close. Be ready – and LEAP!!)

My heartfelt and eternal gratitude goes out to the amazing German lady (who was just a passenger like me) who jumped up and helped me figure it all out. (She clearly took pity on this crazy, semi-hysterical American who was pounding on the just-closed doors, screaming “This is my stop! OPEN THE DOORS!! ShitShitShitShit!!!”

She whipped out her train schedule and showed me where to get off and which train to transfer to. It meant going a half hour beyond my stop, leaping on the regional train going back the way I came, wrenching my back all over again, sitting on top of my suitcase on that train for another hour, then waiting for yet another hour in a freezing cold (literally freezing!) open-air train station for final ride to Strasbourg, which finally did arrive.

Yes, the torture was only temporary. (Right again, Mom!) But I’ll admit it: tears of pain and frustration were shed. A long and fabulous pep talk from a dear friend via chat helped me pull it together. (Thanks again, TW!).

I didn’t record any of that part, except as was indelibly and dramatically etched into my tortured mind.
Nope, didn’t know any of that was about to happen when I made this video.

I did however, share my awesome tip for icing an injury while traveling!

I debated about what kind of video to do in Strasbourg. The place is gorgeous, even though it rained or snowed every day I was there. I definitely wanted to bring it to you – and you to it. But I really wasn’t feeling good. This was the stop where I knew I was in trouble with my back and had to do something beside “wait for it to go away”. I was getting ready to make a week-long road trip and I dreaded the whole idea at this point.

So a friend suggested I just tell it like it is. I struggled with that idea. I’ve always been a believer of “never let ’em see you sweat.” Or at least, don’t be a whiner and talk about yourself all the time. ‘Cause that’s just so SNORE!

But there I was. I knew my current reality would show through anyway, so I might as well embrace it. But I did it with a difference: which way was I going to face? My choice: Toward healing, toward “this too shall pass”… toward facing forward.

Stroll with me through beautiful Strasbourg as I move verrrry slowly on my way to an osteopath that I hoped would help me turn this whole situation around.

PS: I loved the water taxi part… they raise the water so it can pass from one part of the town to the other!

I didn’t photograph as much as I’d hoped. It hurt too much to walk far – and I had lots to catch up on. But no matter what, I was determined to photograph at least ONE night. The place is pure magic… and I refused to leave without painting it! So one evening, I bundled up in every layer I had (it was spitting snow and SOOOO cold!) and hit the streets of Le Petite France… 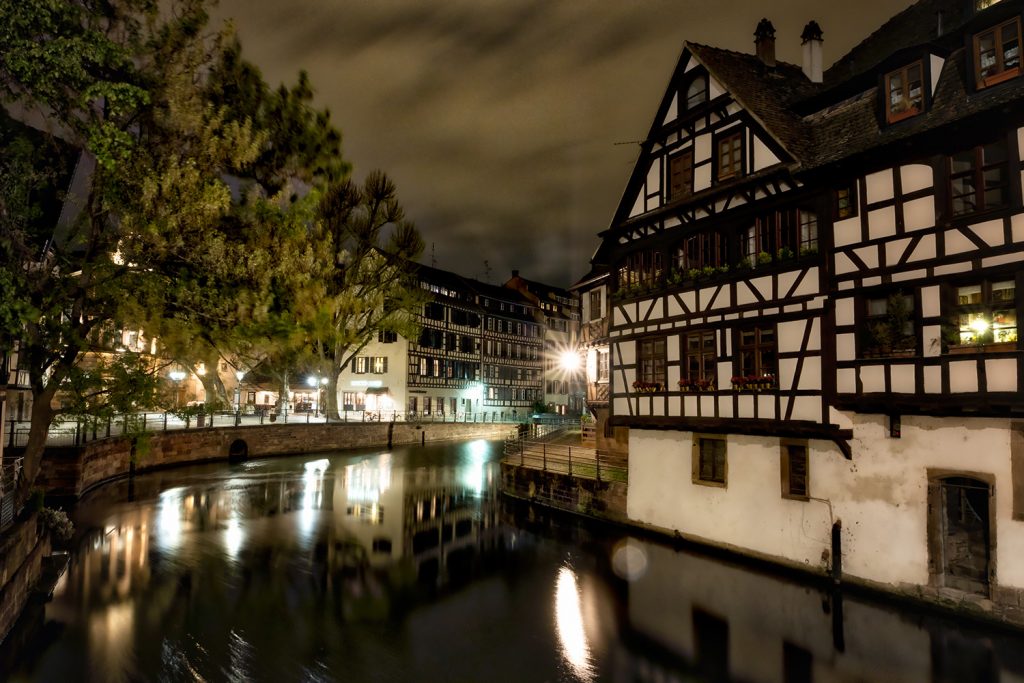 Proof of life… a wee self-portrait. I wanted to remember everything… 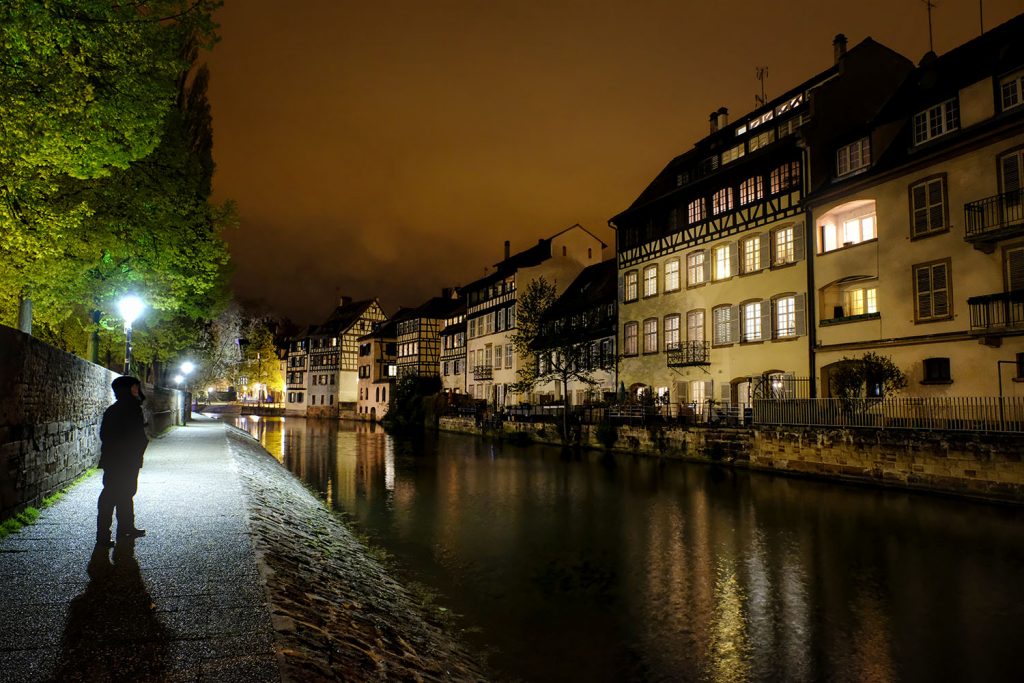 The mists of time… this one makes me teary-eyed for some reason. 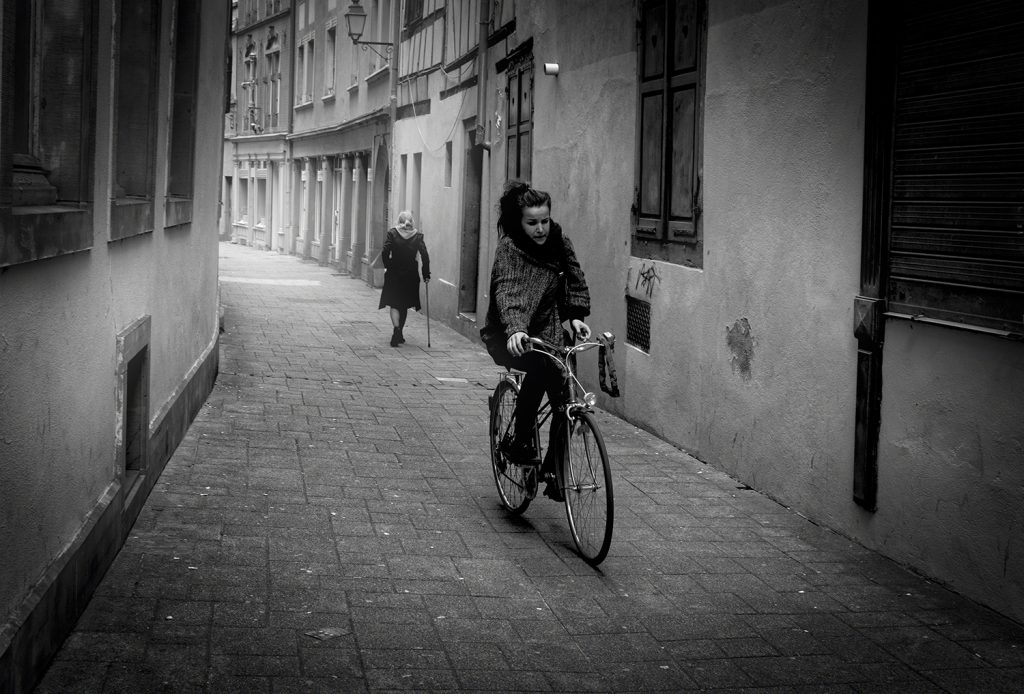 Bigger than life, yet from another world altogether. Le Petite France… 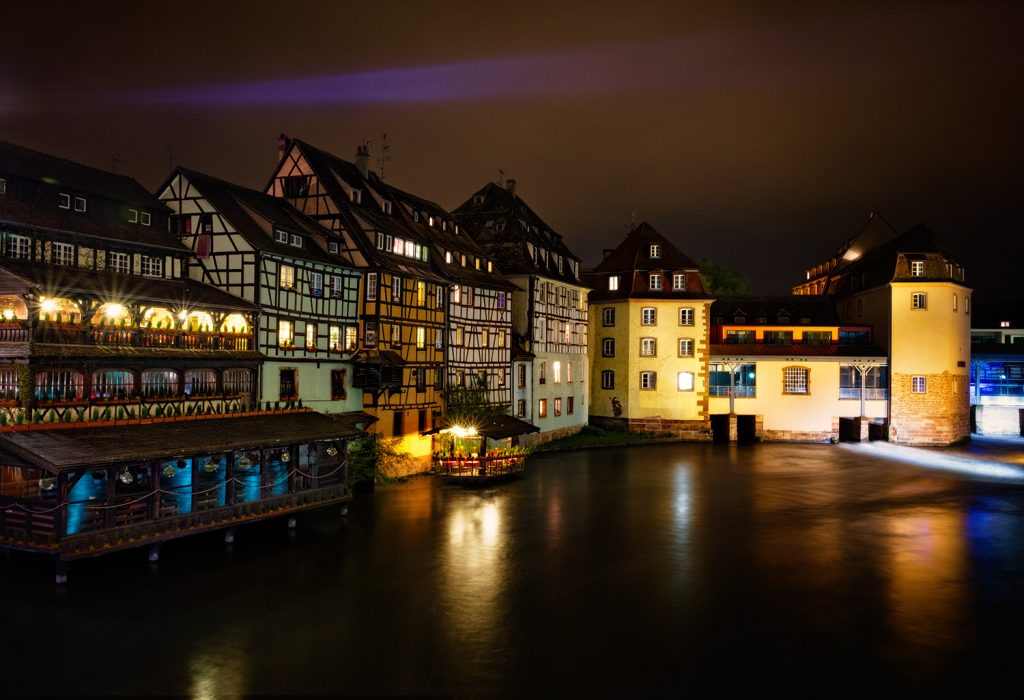 A moment. One where I was reminded that indeed, “we are light”. We are here to bathe in it, radiate it, spread our wings made of it, for no other reason that because we must. There is nothing else.

Especially in the middle of a dark, dark night. 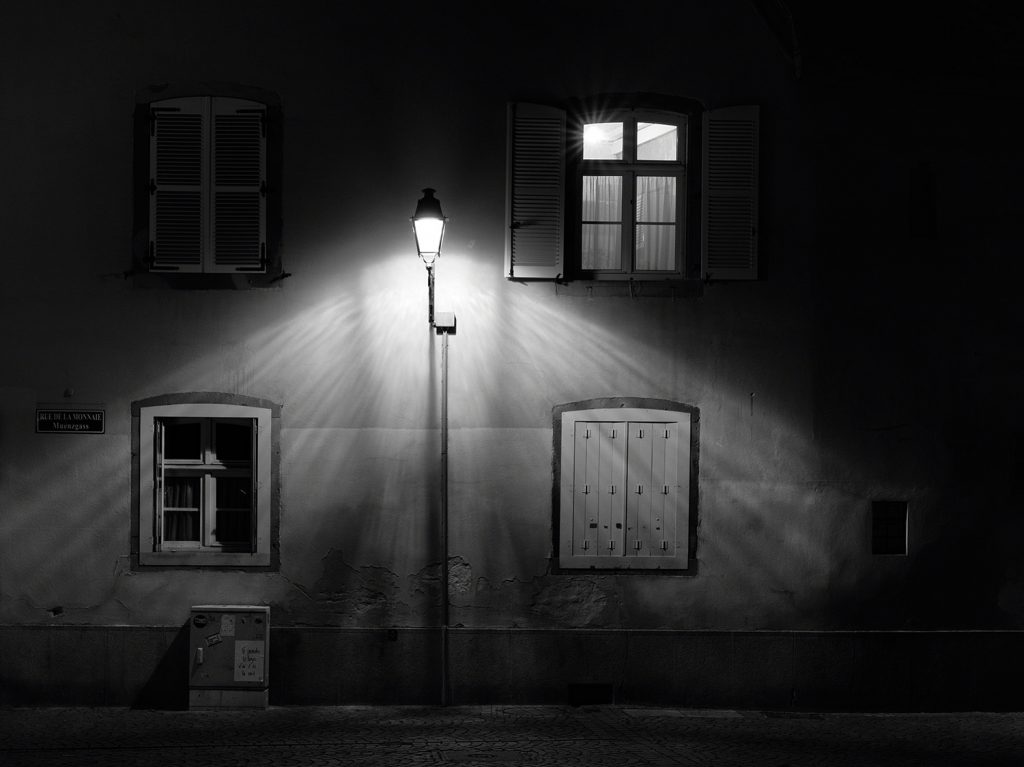 Check out all the postcards from france

see all the videos so far too!